Saudi Arabia to launch English-language news channel | Broadcast | News | Rapid TV News
By continuing to use this site you consent to the use of cookies on your device as described in our privacy policy unless you have disabled them. You can change your cookie settings at any time but parts of our site will not function correctly without them. [Close]

Plans are afoot in Saudi Arabia for an English-language news channel to be jointly run by the Saudi Press Agency (SPA) and Radio and Television Corporation. 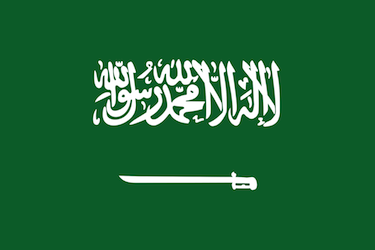 The channel will be run alongside the Al-Ikhbariya satellite TV channel, which is to be upgraded and converted into a limited liability company called Ikhbariya Network Company.

The decision, announced by Saudi Minister of Culture and Information Dr Auwad bin Saleh Al-Auwad, is to enable improved event and broadcast news coverage. It will help Saudis keep abreast of local and international news, and falls into the ministry’s Saudi Vision 2030 initiatives, which include empowering Saudi institutions to keep pace with global media developments, he said. The news channels’ ultimate goal is to transmit the kingdom’s message to the world, Dr Auwad added.

The new company, Ikhbariya, will be run by a seven-strong board along with an executive bureau. This will be formed of three Ministry of Culture and Information representatives, two private sector members, and two members each from the Radio and Television Corporation and the SPA.

The company will be operational as soon as the administrative process is completed.