Bright shines in ratings for Netflix | Ratings/Measurement | News | Rapid TV News
By continuing to use this site you consent to the use of cookies on your device as described in our privacy policy unless you have disabled them. You can change your cookie settings at any time but parts of our site will not function correctly without them. [Close]

Bright shines in ratings for Netflix

The Will Smith fantasy cop drama, Bright, scored 11 million viewers in its first three days for Netflix, according to Nielsen. 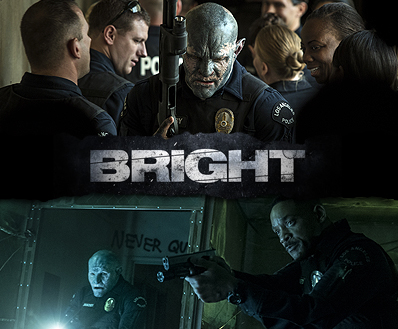 That makes the film, which premiered on 22 December and also stars Joel Edgerton, one of the most watched programmes on TV for December.

Bright  takes place in an alternate present day, where humans, orcs, elves and fairies have been coexisting since the beginning of time. Two police officers, one a human, the other an orc, embark on a routine night patrol that will alter the future of their world as they know it. Battling both their own personal differences as well as an onslaught of enemies, they must work together to protect a young female elf and a thought-to-be-forgotten relic, which, in the wrong hands, could destroy everything.

Breaking it down by demographics, 7 million viewers fell into the 18 to 49 age range; 3.9 million of which were in the 18-34 millennial bracket. Nielsen also said 56% of Bright’s viewership was male and 44% was female.