BBC adds ITV Studios, all3media titles to Asian SVOD services | VOD | News | Rapid TV News
By continuing to use this site you consent to the use of cookies on your device as described in our privacy policy unless you have disabled them. You can change your cookie settings at any time but parts of our site will not function correctly without them. [Close]

British dramas including Victoria, Poldark and Midsomer Murders are being added to BBC First and BBC Player in Asia, following an extensive content deal with ITV Studios and all3media. 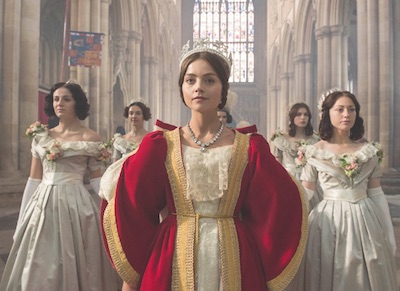 The titles, which will be available to the BBC’s video-on-demand (VOD) subscribers in Asia in the first quarter of 2018, also include all3media’s spy drama Agatha Christie’s Partners in Crime. The series is based on Agatha Christie’s novels, with husband and wife team Tommy (David Walliams) and Tuppence Beresford (Jessica Raine) as amateur sleuths who foil plots in 1950s Cold War Britain.

“We are very pleased to work with all3media international and ITVS GE for premium dramas. The partnerships with the two distributors allow us to grow the breadth of our offering, to deliver the best of British content to our viewers,” said Ryan Shiotani, VP, Content in Asia.

Also included in the distribution deal is Hawking, a biographical film about Stephen Hawking’s early years as a PhD student at Cambridge University, which follows his search for the beginning of time and his struggle against motor neuron disease. It stars Benedict Cumberbatch.

The BBC Worldwide deal also includes ITV Studios Global Entertainment (ITVS GE) show Poldark (series one to three). The series follows Captain Ross Poldark (Aidan Turner) as he returns to the English county of Cornwall after the American War of Independence in the late 18th century. While Victoria (series one and two), depicts the early part reign of Queen Victoria’s reign in mid-19th century Britain, and stars Jenna Coleman.