Movistar joins beIN Connect | OTT | News | Rapid TV News
By continuing to use this site you consent to the use of cookies on your device as described in our privacy policy unless you have disabled them. You can change your cookie settings at any time but parts of our site will not function correctly without them. [Close] 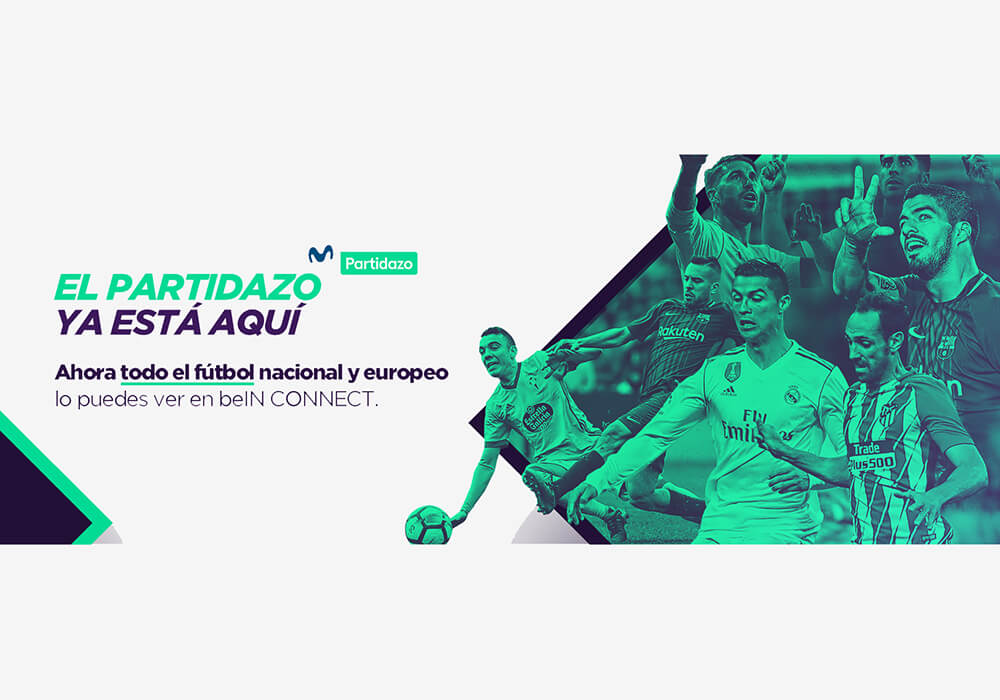 Starting 1 January 2018 Movistar Partidazo, which has exclusive rights to the best LaLiga matches of the week, will be available through the OTT platform.

The network will be delivered for free during January for all current subscribers, but will then cost an extra €7 per month. The basic package, without the Movistar channel, will still be available with no extra charge.

beIN Connect was initially launched in the country as a streaming platform with international football content. Since the 2016/2017 season, it has also delivered all LaLiga games the rights of which are owned by the Qatari group.
Tweet