Kino Polska zooms in for Cable Television Networks & Partners | DTT | News | Rapid TV News
By continuing to use this site you consent to the use of cookies on your device as described in our privacy policy unless you have disabled them. You can change your cookie settings at any time but parts of our site will not function correctly without them. [Close] 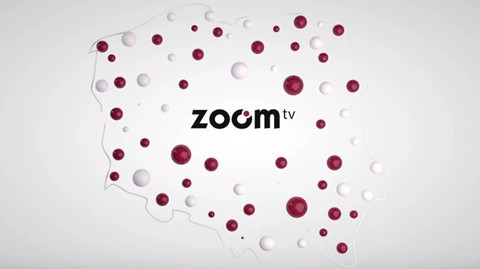 Zoom TV is a new nationwide Polish universal channel that is said to boast a unique programming grid designed to appeal to all viewers. Programming includes films, TV series, documentaries and news from the regions. It is available on MUX-8 DTT and also on cable networks and DTH platforms throughout Poland.

As part of the deal, Kino Polska Group plans to transform Zoom TV into a multiplatform brand that will act as a complement to its film brands Kino Polska and FilmBox brands. Kino Polska TV added that following the acquisition of CTN&P, planned for some time as an element of its strategic development, it will aim to grow and diversify its portfolio while reinforcing its position of one of the key players in the Polish television market.

“We truly appreciate and value our co-operation with PIKE, our long-term partner, with whom we have managed to develop so many valuable synergies in a relatively short time, especially in the area of distribution and production of unique content,” explained Kino Polska TV chairman Bogusław Kisielewski. “Once again we thank PIKE and the PIKSEL Foundation for great co-operation and invaluable support provided while applying for the broadcasting licence and during the ongoing process of building our reach.”
Tweet