Disney snaps up Fox in sweeping $66BN deal | Major Businesses | Business | News | Rapid TV News
By continuing to use this site you consent to the use of cookies on your device as described in our privacy policy unless you have disabled them. You can change your cookie settings at any time but parts of our site will not function correctly without them. [Close]

In a move that will totally shake up the pay-TV industry and reshape the Rupert Murdoch media empire, the Walt Disney Company has agreed to buy most of 21st Century Fox. 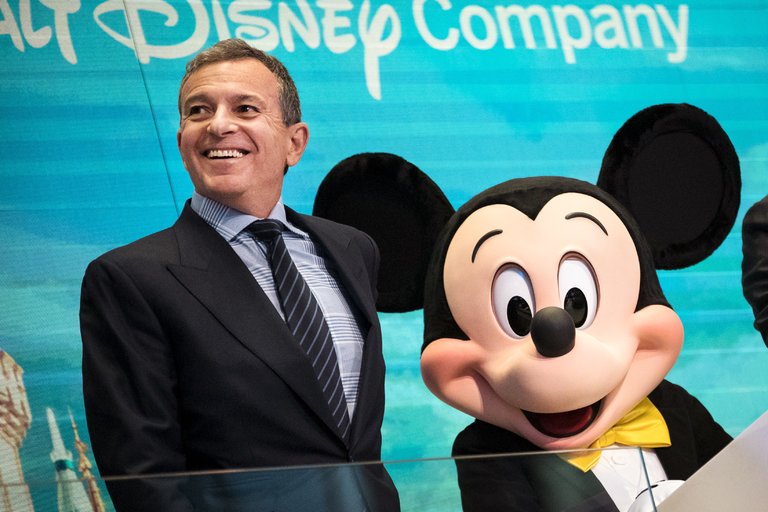 For $52.4 billion, plus an additional $13.7 billion of debt, the House of Mouse will acquire Fox's film and television studios — a boon given its relatively small ABC production capabilities; most of its regional sports networks in the US; the FX and National Geographic cable channels; subcontinent media company Star India; majority control of the Hulu video streaming service in which Comcast and Time Warner also have minority stakes; and its 39% stake in satellite broadcaster Sky.

Fox meanwhile will keep its local TV affiliates in the US, the nationwide US broadcaster FOX, Fox News Channel, Fox Business Network, Fox Sports, Fox Television Stations Group, and sports cable networks FS1, FS2, Fox Deportes and Big Ten Network. As this suggests, it plans to form a new, news and sports-focused entity with the assets. It also has retained the distribution rights to the first Star Wars film, Episode IV — A New Hope, in perpetuity.

The 86-year-old Fox owner Murdoch and other shareholders will get a 25% stake in the larger Disney. “With today's announcement, we launch the next great leg of our journey,” he said on a call for investors. “Are we retreating? Absolutely not.” Son Lachlan Murdoch added: "While the merged business is about scale, the new Fox is about returning to our roots as a lean, aggressive, challenger brand."

In the UK, Fox is in the middle of acquiring the stake of Sky that it doesn't already own. The deal is under review by the Competition and Markets Authority (CMA). Depending on what it decides (provisional findings are due in January), Disney could either end up with the 39% of Sky Fox already owns, or all of it.

"If things go wrong, the existing [Sky] shares go to Disney. It will be up to them to decide what to do,” Murdoch said.

Industry watchers applauded the deal. Clive Malcher, SVP commercial at Piksel, said via email that this is an “excellent move by Disney. Firstly, the doubling of Disney’s stake in Hulu complements plans to launch its own over the top streaming service in 2019. The strategy of purchasing additional platforms also gives Disney access to huge amounts of valuable audience data, a wider user base, more routes for content delivery and of course a huge increase in entertainment content. All of this positions Disney very well to take on the likes of Netflix. By owning the rights to more popular shows Disney can control the distribution and force these OTT providers to pay even more to licence content. Fundamentally the deal firmly cements Disney’s position as a truly global entertainment provider.”