CASBAA calls for relaxation in India’s satellite broadcasting regulations | Broadcast | News | Rapid TV News
By continuing to use this site you consent to the use of cookies on your device as described in our privacy policy unless you have disabled them. You can change your cookie settings at any time but parts of our site will not function correctly without them. [Close] 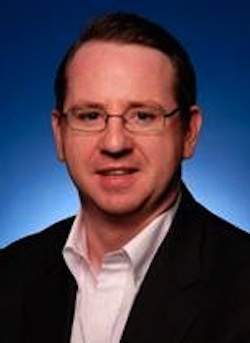 Speaking at India Satcom 2017 in New Delhi, chairman of the regional pay-TV association, Joe Welch, (pictured) said: “The single most crucial measure the Government could take ... would be to create conducive conditions for both the satellite operators and the broadcasters to be able to enter into long-term service agreements.”

“Striking long-term commercial deals in a marketplace that is less Government-constrained would help increase business certainty for all the stakeholders,” he added.

While acknowledging the Indian Government’s moves to ease the regulatory framework for the country’s power and infrastructure sectors, Welch said “the key to ... realisation of the Prime Minister’s vision of taking India up to a top-50 ranking (in ease of doing business) lies in improving business conditions in other sectors of the economy,” specifically for satellite communications and broadcasting.

CASBAA is also calling for the development of a private sector Indian space industry; the opening of the teleport industry to foreign direct investment; and the establishment of clear timelines and benchmarks for licensing actions by Government agencies.