China launches Algeria’s first communications satellite | Satellite | News | Rapid TV News
By continuing to use this site you consent to the use of cookies on your device as described in our privacy policy unless you have disabled them. You can change your cookie settings at any time but parts of our site will not function correctly without them. [Close]

Algeria’s first communications satellite Alcomsat 1 has been successfully launched from China’s Xichang Space Centre aboard a Long March 3B rocket. 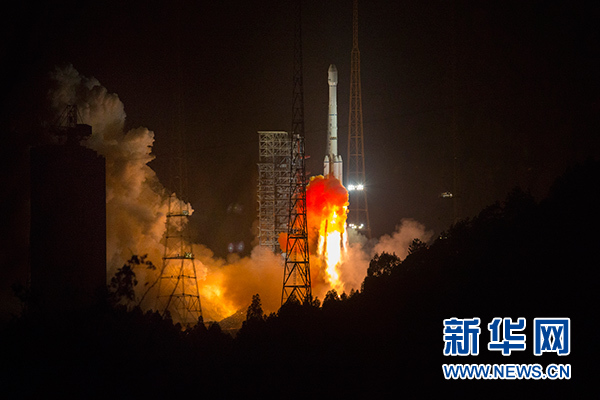 The satellite, which launched on 11 December at 12.40am Beijing time, is bound for geostationary orbit over the equator at 24.8 degrees west.
China’s commercial satellite launch operator China Great Wall Industry Corp (CGWIC) said the Alcomsat 1 spacecraft is based on the DFH-4 satellite design manufactured by the China Academy of Space Technology. Expected to be in operation for 15 years, Alcomsat 1 carries 33 transponders: 19 in Ku-band, 12 in Ka-band and two in L-band.

“The successful launch of Alcomsat 1 is the good beginning of space cooperation between (the) two countries. More cooperation (and) more space programmes are expected to be initiated soon,” CGWIC added.

China has provided manufacturing, launching and orbital testing capabilities. The Algeria Space Agency will take command of the satellite once it is ready to commence operation, in an agreement sealed between the two nations in December 2013.
Tweet