Facebook, Google hold duopoly on digital video ad spending | Media Analysis | Business
By continuing to use this site you consent to the use of cookies on your device as described in our privacy policy unless you have disabled them. You can change your cookie settings at any time but parts of our site will not function correctly without them. [Close]

The domination of the digital advertising ecosystem by Google and Facebook has extended into the realm of digital video. 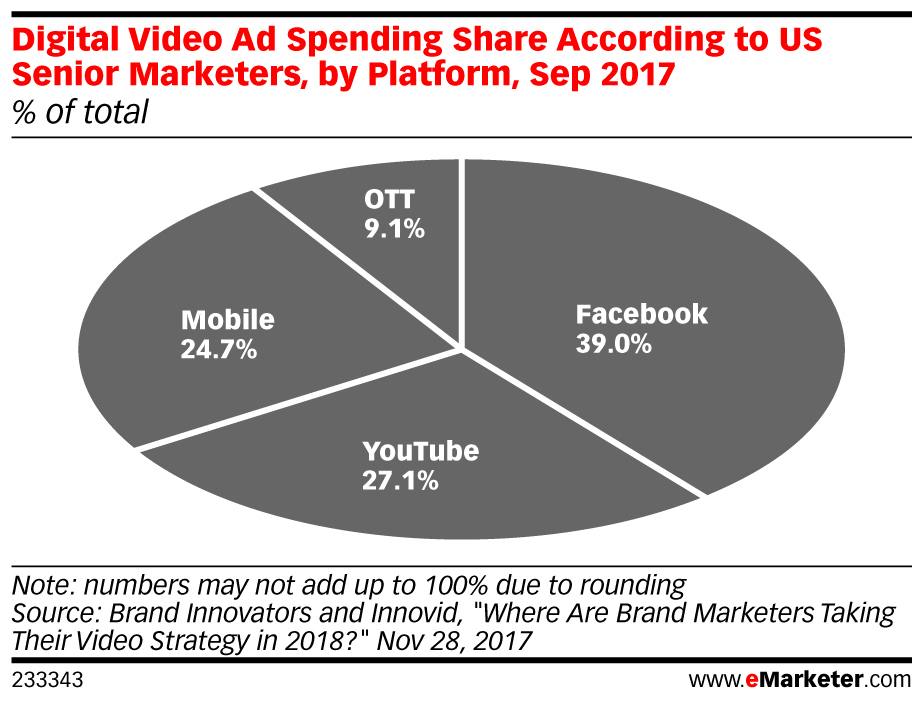 Research from Brand Innovators and Innovid, reported by eMarketer, shows that Facebook and YouTube together make up two-thirds of digital video ad spending.

That translates into significant revenue, given that eMarketer expects video advertising to account for 31.7% of US display ad spending in 2017, with growth to 32.9% by 2021.

The Brand Innovators survey found that a quarter of outlays are targeted toward mobile platforms, while OTT services command 9.1% of digital video ad dollars.

“Both Facebook and Google seem intent on attempting to maintain their hegemony on digital video advertising,” eMarketer said. “According to a recent report in Digiday, Facebook has been testing pre-roll ads on Facebook Watch, its platform for shows that was launched in August. Watch already features mid-roll ads that are delivered programmatically.”