Amazon brings Prime Video app to Apple TV | Online Video | News | Rapid TV News
By continuing to use this site you consent to the use of cookies on your device as described in our privacy policy unless you have disabled them. You can change your cookie settings at any time but parts of our site will not function correctly without them. [Close]

Just as it battles with YouTube who has pulled support for its Echo Show and Fire TV products, Amazon has made its Prime Video app available on Google arch-rival Apple’s 4KTV platform and previous generations of Apple TV in over 100 countries. 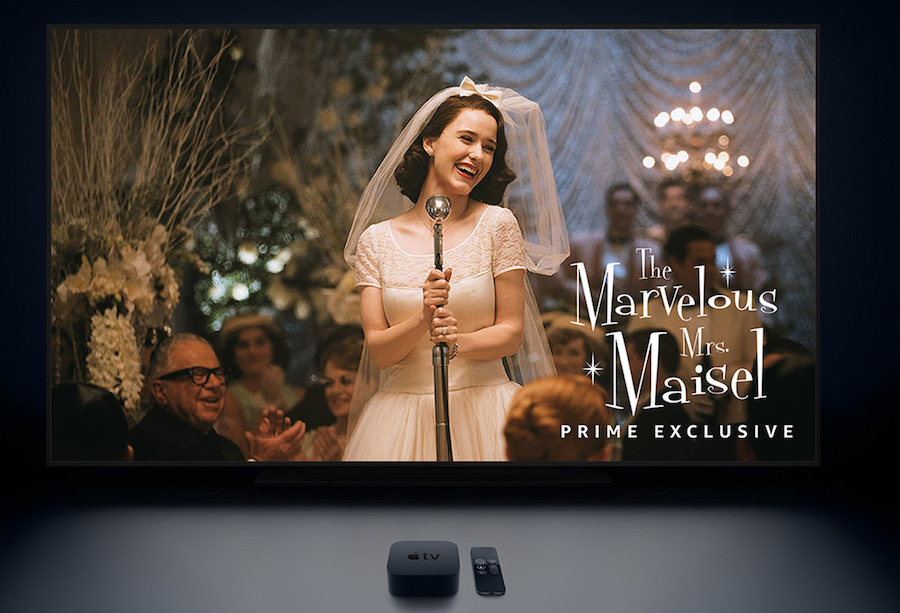 The online video giant says that integration with the Apple TV app, will mean that Prime Video members will be able to stream award-winning and critically-acclaimed titles including Amazon Original Movies, Prime Originals and Hollywood blockbusters and TV series and over 140 Channel subscriptions in the US and 95 in the UK, Germany and Austria. Starting from 8 December, customers can access programmes such as The Grand Tour, The Marvellous Mrs. Maisel and The Tick along with the upcoming premieres of Jean-Claude Van Johnson on December 15 and Phillip K. Dick’s Electric Dreams from 12 January.

“There is nothing that excites us more than delighting our customers, and we are thrilled for them to stream Prime Video on Apple TV,” said Mark Eamer, vice president of Prime Video.  “The app arrives just in time for the highly anticipated new season of The Grand Tour... and Prime Video members streaming on the Apple TV 4K will have the exceptional viewing experience of 4K HDR.”

“Amazon Prime Video is one of the most eagerly anticipated apps to come to Apple TV,  so we’re excited to bring all of that great content to customers,” added Eddy Cue, Apple’s senior vice president of internet software and services. “The Sports tab in the Apple TV app makes it even easier for fans in the US to track the teams, games and moments that are important to them. With these exciting updates, plus our growing collection of 4K HDR movies on iTunes, we continue to deliver an unparalleled entertainment experience to Apple customers.”
Tweet