Fifth of UK Netflix subs watch Stranger Things in second series launch week | Ratings/Measurement | News | Rapid TV News
By continuing to use this site you consent to the use of cookies on your device as described in our privacy policy unless you have disabled them. You can change your cookie settings at any time but parts of our site will not function correctly without them. [Close] 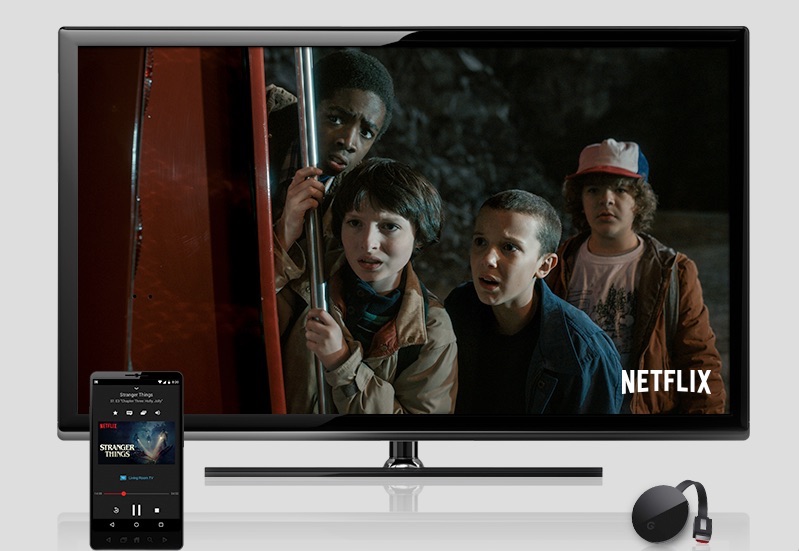 Research from YouGov has revealed that 20% of Netflix subscribers in the UK watched the return of once cult programme and now smash hit Stranger Things in the first week of its series two launch.

Described by the subscription video-on-demand (SVOD) leader as a “love letter to the ’80s classics that captivated a generation”, the original drama is set in 1983 Indiana, where a young boy vanishes into thin air. As friends, family and local police search for answers, they are drawn into a mystery involving top-secret Government experiments, supernatural forces and a strange little girl. The second series of Stranger Things continues a year later when the citizens of Hawkins, Indiana, are still reeling from the horrors of the Demogorgon and the secrets of Hawkins Lab.

The programme has enjoyed popularity across a range of age demographics drawing huge ratings and similar strong engagement across social media platforms. Analysts calculate that nearly a third of the programme’s audience of Netflix’s flagship show are aged over 35, and over two-thirds of social engagements across the US driven by 18-34-year-olds. It also boasts a predominantly female audience, with 57% of social noise in the US being generated by women.

The YouGov data shows that of the 6.5 million UK Netflix subscribers, 1.3 million tuned into Stranger Things either to watch the first series, or view the new episodes. Over a third (36%) saw one episode, and, indicating the trend of binge-viewing, a quarter viewed two, 12% got through three and 10% managed to watch eight or more, almost a whole series.

YouGov noted that Netflix’s emphasis on commissioning original content is continuing to pay dividends. Additional YouGov data indicates that over half (54%) of Netflix subscribers first joined the service in order to access original content – 37% say it was to watch a specific TV series/programme and 28% said it was in order to watch a back catalogue of a TV series.

Remarked YouGov research manager Daniel Hardwick. “Netflix has once again managed to produce original content which has coupled viewer excitement with word of mouth recommendations. It’s clear that a sizeable percentage of existing subscribers were eager to view the show, helping to justify Netflix’s output strategy.”