Netflix acquires Chinese drama from Youku Tudou | VOD | News | Rapid TV News
By continuing to use this site you consent to the use of cookies on your device as described in our privacy policy unless you have disabled them. You can change your cookie settings at any time but parts of our site will not function correctly without them. [Close]

Netflix has acquired Day and Night from Alibaba’s digital video company Youku Tudou, in what is the US streaming giant’s first drama series produced in mainland China. 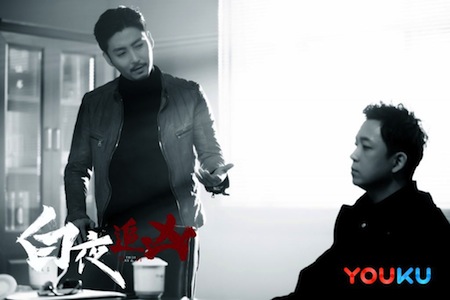 The 32-part crime drama has been well received by critics and public in China, where it has generated more than four billion views on Youku Tudou since its premiere locally at the end of August.

Netflix will make the drama available to more than 109 million subscribers in 190 countries, marking the first Chinese series from Youku to be distributed overseas through an official channel.

“We are proud to partner with Netflix in this ground-breaking distribution agreement,” said Weidong Yang, president of Youku, and Alibaba’s digital media and entertainment arm, adding that China’s creative industry is undergoing “robust growth” at the moment. “I’m delighted that Youku can become a pioneer in driving this initiative with this overseas distribution of our Day and Night series,” he said.

The series is part of Youku’s new content strategy to focus on producing high quality original dramas. Since June, Youku has released a raft of new originals, which also include The Advisors Alliance, Rakshasha Street and Oh My General.

Netflix has been unable to launch its own subscription video-on-demand (SVOD) service in mainland China due to Government restrictions on foreign-owned media channels, although it has licensed some of its titles to online video platform iQIYI for distribution in China.
Tweet