Rapid TV News - PCs, tablet and smartphone viewing adds just over 1% to total UK TV time reach
By continuing to use this site you consent to the use of cookies on your device as described in our privacy policy unless you have disabled them. You can change your cookie settings at any time but parts of our site will not function correctly without them. [Close] 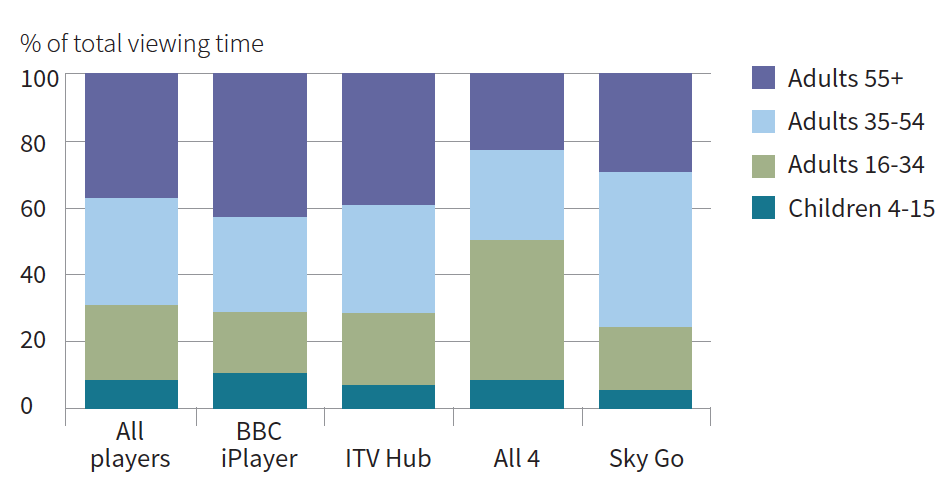 Even though over one billion minutes of television are viewed on PCs, tablets and smartphones in the UK every week, that equates to just 1-1.5% of additional television viewing on top of the traditional consolidated weekly TV viewing, according to BARB’s TV Player Report.

The rating specialist says that watching television on a digital device is now an established method of viewing for audiences across the UK. Broadband homes make up over 85% of the UK household population, and the majority of those have a computer device from which it is possible to watch one of the available broadcaster player applications, principally the BBC iPlayer, ITV Hub, All 4, Demand 5 and Sky Go.

The report, using data obtained in September 2017, showed that for all viewing, PCs and tablets achieved an average weekly reach of around 7%. The picture varied by demography, with just 5.6% of children aged four to 15 watching during the course of a week. Weekly reach was highest among 16-34-year-olds at 7.8%.

Across all individuals, including those without a TV set, viewing on PCs and tablets delivers incremental reach of 2% on TV set viewing in the week. Not surprisingly this differs by age group, with 16-34s adding nearly 4% to their weekly reach totals. For children aged four to 15, computer device viewing delivers incremental reach of 1.5%, while there is a similar uplift (1.6%) for adults aged 35-54. For viewing via computer devices, 22% comes from 16-34-year-olds who, account for only 15% of all TV set viewing. However, for Channel 4’s All 4, this figure rises to 42% of all viewing, highlighting the demographic differences between the online players.

BARB also found that age profiles shift significantly when viewing is itemised by on demand or live streaming. Just under two-fifths of all on-demand viewing activity in September was from people aged under 35, whereas only 14% of live streaming across the month was from this age group. Sky Go, the largest of the players for live streaming, indexes strongly in favour of 35-54-year-olds, who contributed 62% of all live streaming in the month.

The device on which people chose to watch television was seen to matter, and different age groups had their own preferences. BARB proposed that this could be due to the size or availability of the screen. The data revealed that young adults aged 16-34 were more likely to use a PC or laptop to watch television than a tablet. Older adults aged 35-54 preferred tablets as did younger children.

The data also highlighted how different age groups view programming on the online players. Older people were more likely to watch programming live, while younger audiences are happy to catch up at a later time. BARB speculated that this may be a reflection of competing demands for media time.

Gender also played a part, with profiles differing significantly within players, and not only at a total level but in the type of viewing too. The female population viewing dominated online TV viewing, just as on a TV set. BARB's report found that in September 2017, 60% of all viewing to broadcaster player apps was from females, a trend largely consistent across players apart from Sky Go, which actually has a 58% male profile. This, said BARB, was not too surprising considering the platform’s relatively high level of sports content.