OLED shipments to high hit in 2018 as 8KTV offers opportunity for QLED | 4K/UltraHD | News | Rapid TV News
By continuing to use this site you consent to the use of cookies on your device as described in our privacy policy unless you have disabled them. You can change your cookie settings at any time but parts of our site will not function correctly without them. [Close] 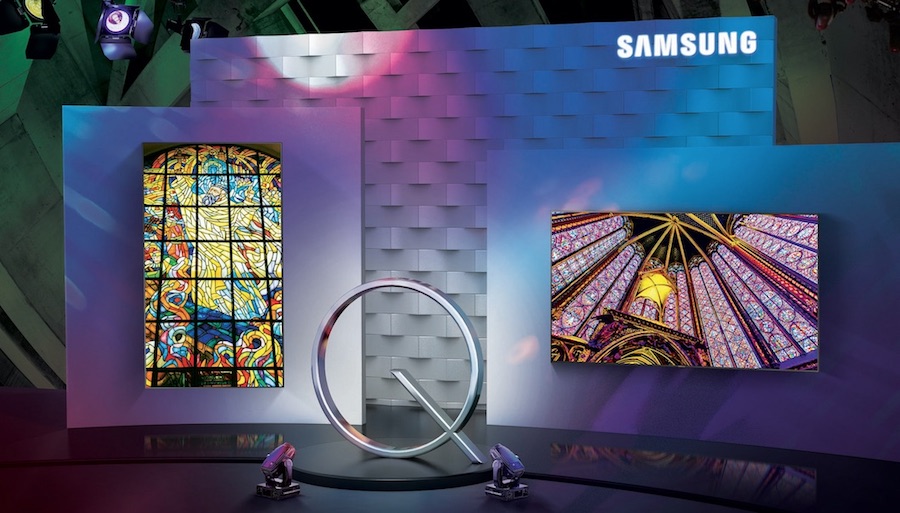 However, WitsView says that OLED TV is expected to retain its remarkable dominance in the high-end TV market in 2018 as more brands enter the OLED TV sector with a growing field rate. It predicts shipments will reach a new high of 2.5 million units, a significant increase from 1.5 million in 2017. The analyst also notes that promotional efforts from major brands such as Sony is raising shipments of OLED TVs above the expected level in 2017. Despite OLED’s lifespan problems, including colour decay of organic material and burn-in issue, major TV brands are still interested in research and development of OLED which can be thinner with potentials in constant optimisation of colour saturation and contrast, while the development of LCD is approaching a limit.

In the opposing corner, the analyst says that major QLED TV makers — such as Samsung, TCL and Hisense — have experienced some issues of promoting QLED due to its high pricing. WitsView added that even though QLED TV makers have been advocating its features of better colour saturation and no lifespan problems, the self-emitting QD display has not yet met the commercial market standards because its light output is difficult to last for a long time due to the low external quantum efficiency. In addition, WitsView believes that pricing is also a big problem for QLED TV, noting that for a 55” 4KTV, the retail price difference between OLED TVs and QLED TVs is only about $100.

As a result, the analyst company predicts that in the short term at least, QLED advocates will still use QD backlight products to compete with rivals, with a new generation of QLED TV probably using glass light guide plate as a solution for thinner TV. Yet WitsView estimates that a new generation of display technologies which QLED advocates are expecting will not enter mass production until 2020 at the earliest. It adds that the highest possible resolution of OLED can only reach 4K/Ultra HD due to technical limitations, while quantum dot-based screens’ backlight has no restrictions regarding resolution. Therefore, it concludes, for QLED TV brands, 8KTV may be a breakthrough opportunity for them to regain their competitiveness in high-end TV market.
Tweet