Tech giants blast FCC’s net neutrality reversal | Media Investment | Business | News | Rapid TV News
By continuing to use this site you consent to the use of cookies on your device as described in our privacy policy unless you have disabled them. You can change your cookie settings at any time but parts of our site will not function correctly without them. [Close]

Reaction to the decision by US broadcast regulator the FCC to release a draft order eliminating most network neutrality rules has been swift — and overwhelmingly negative. 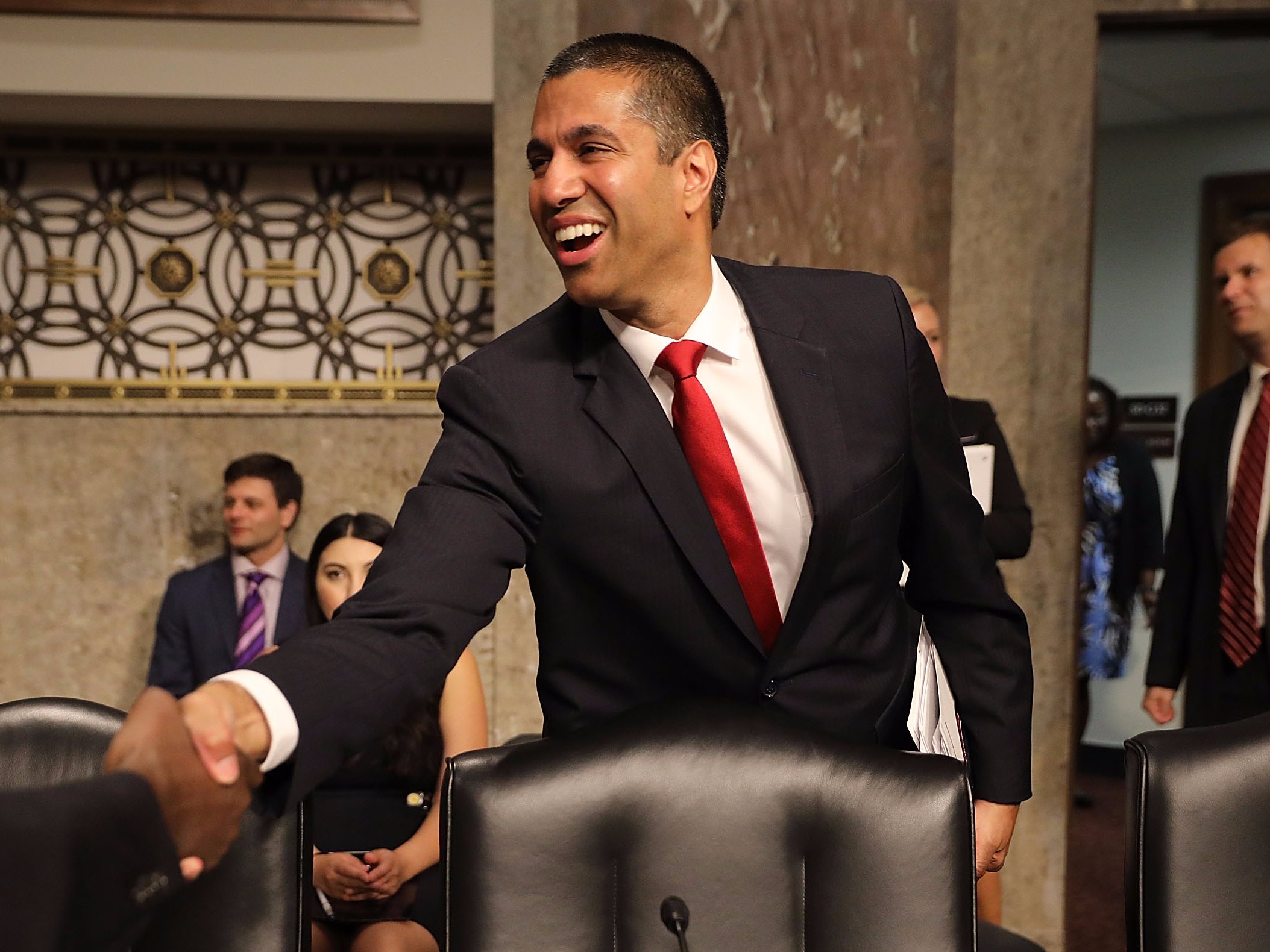 A final vote on the order will happen on 14 December, and is expected to fall 3-2 along party lines in favour of the measure.

The FCC released its order on net neutrality and Title II regulation in 2015 under the Obama Administration. It prohibits ISPs from favouring or throttling traffic, or from establishing a pay-to-play scheme that requires OTT content providers to pay for the privilege of transmission. Also in that order was a decision to reclassify broadband providers as public utilities — in 2014 Verizon won a lawsuit defanging the FCC's ability to enforce net neutrality by successfully arguing that as the rules stood, the regulator had no jurisdiction over broadband. The reclassification fixed that, and brought broadband providers firmly under the FCC’s oversight and therefore subject to net neutrality regulations.

“Threats to Internet openness remain today,” the FCC said in its order at the time. “The record reflects that broadband providers hold all the tools necessary to deceive consumers, degrade content or disfavour the content that they don't like.”

It added: “As Verizon frankly told the court at oral argument, but for the 2010 rules, it would be exploring agreements to charge certain content providers for priority service.”

This week’s draft order abruptly reverses that opinion, and characterises Title II, which is the section that classifies broadband providers as public utilities and therefore under the FCC’s purview, as an overreaction.

“Because of the paucity of concrete evidence of harms to the openness of the Internet, the Title II Order and its proponents have heavily relied on purely speculative threats. We do not believe hypothetical harms, unsupported by empirical data, economic theory, or even recent anecdotes, provide a basis for public-utility regulation of ISPs,” the draft reads. “Consequently, Title II regulation is an unduly heavy-handed approach to what at worst are relatively minor problems.”

FCC chairman Ajit Pai announced that the regulatory body would vote on net neutrality rules on 14 December. It’s expected that the GOP-dominated court will vote to largely eliminate them.

Net neutrality fans argue that to absent such regulations, ISPs, which are usually also pay-TV providers, could simply slow down content they don’t like or which is competitive with their own services. In addition, they say a roll-back could have a chilling effect on over-the-top (OTT) diversity, given that not all start-ups could afford to pay for pricey carriage tiers.

The Internet Association, which counts among its members Amazon, Dropbox, Ebay, Facebook, Google, LinkedIn, Microsoft, Spotify, Uber and others, was damning:

“Chairman Pai’s proposal, if implemented, represents the end of net neutrality as we know it and defies the will of millions of Americans who support the 2015 Open Internet Order. This proposal undoes nearly two decades of bipartisan agreement on baseline net neutrality principles that protect Americans’ ability to access the entire Internet.

“The 2015 Order created bright-line, enforceable net neutrality protections that guarantee consumers access to the entire internet and preserve competition online. This proposal fails to achieve any of these objectives. Consumers have little choice in their ISP, and service providers should not be allowed to use this gatekeeper position at the point of connection to discriminate against websites and apps.

“Internet Association and our members will continue our work to ensure net neutrality protections remain the law of the land.”

Individual tech giants have also come forward. “We are disappointed that the proposal announced today by the FCC fails to maintain the strong net neutrality protections that will ensure the internet remains open for everyone,” said Facebook VP of US public policy Erin Egan, in a media statement. “We will work with all stakeholders committed to this principle.”

Google also announced its “disappointment,” and on Twitter, OTT giant Netflix minced no words: “Netflix supports strong #NetNeutrality. We oppose the FCC's proposal to roll back these core protections.”

It also tweeted: “We've been supporting for years thru IA and Day to Save Net Neutrality with a banner on Netflix homepage for all users. More info in Q4 2016 earnings letter, as well. This current draft order hasn't been officially voted, so we're lodging our opposition publicly and loudly now.”

Reddit was more verbose in its media statement: “Reddit is actively monitoring the FCC's proposed rule changes that could dismantle net neutrality as we know it. From farmers in South Dakota to musicians in Kentucky to small business owners in Utah, net neutrality is just as important to redditors as it is to Reddit and we will continue to advocate for and work constructively to maintain a free and open Internet. It is crucial to innovation and the health of our economy that small businesses have equal access to the internet, with winners and losers chosen by consumers, not ISPs.”

Despite such fears, Pai has long called net neutrality a mistake, and did so again last week.

“For almost 20 years, the Internet thrived under the light-touch regulatory approach established by President Clinton and a Republican Congress,” said Pai. “This bipartisan framework led the private sector to invest $1.5 trillion building communications networks throughout the United States. And it gave us an Internet economy that became the envy of the world.

He added: “In 2015, the prior FCC bowed to pressure from President Obama. On a party-line vote, it imposed heavy-handed, utility-style regulations upon the Internet. That decision was a mistake. It’s depressed investment in building and expanding broadband networks and deterred innovation.”