Viu to launch original Arabic content | VOD | News | Rapid TV News
By continuing to use this site you consent to the use of cookies on your device as described in our privacy policy unless you have disabled them. You can change your cookie settings at any time but parts of our site will not function correctly without them. [Close] 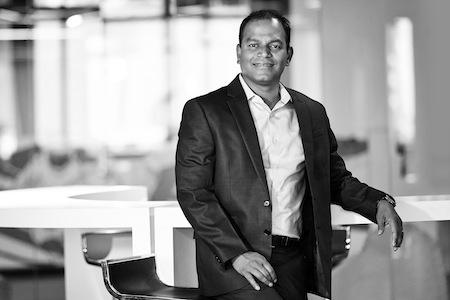 The streaming service, which is aimed at emerging markets, has already launched Viu Originals in Hong Kong, India, Indonesia, Malaysia and Singapore, with more than 3,000 hours of original content across Asia. These will now be joined by a new slate of ten Arabic Viu Originals for audiences in Bahrain, Egypt, Jordan, Kuwait, Oman, Qatar, Saudi Arabia and the UAE.

“Our originals globally have been very well received by Viu’ers and this propels us to create many more fresh and engaging originals for a youthful audience. We are excited to see the young talent and creativity in the Middle East and are committed to building a robust opportunity for these artists here,” said Arun Prakash, president and COO of Vuclip.

Its first Arabic original has the working title Hob Al Tayebin, and is being produced in partnership with Saudi entertainment network UTurn. The programme is described by the VOD company as ‘a heartwarming family comedy’.

Prior to the release of the Arabic Originals, Middle East viewers are able to access existing original shows including Gehraiyaan, a supernatural thriller directed by Vikram Bhatt; Spotlight, also directed by Vikram Bhatt, which looks at the dark side of Bollywood; and Social, a thriller starring Rana Daggubati concerned with a leap from social media into physical reality. Comedies include cricket themed chat show What the Duck 1 and 2, and romantic comedy Wedding Khichdi, about arranged marriages in India.

In August, PCCW raised US$110 million (around HK$858 million) from three new investors to expand and improve its over-the-top (OTT) video ventures, including Viu.

The Asian and Arabic content platform, which launched in October 2015, offers two tiers, with both premium subscription and advertising supported streaming.
Tweet