Netflix, HBO storm into Spanish TV market | VOD | News | Rapid TV News
By continuing to use this site you consent to the use of cookies on your device as described in our privacy policy unless you have disabled them. You can change your cookie settings at any time but parts of our site will not function correctly without them. [Close]

Two years after Netflix launched in Spain, subscription video-on-demand (SVOD) services are used by a quarter of the country’s Internet homes. 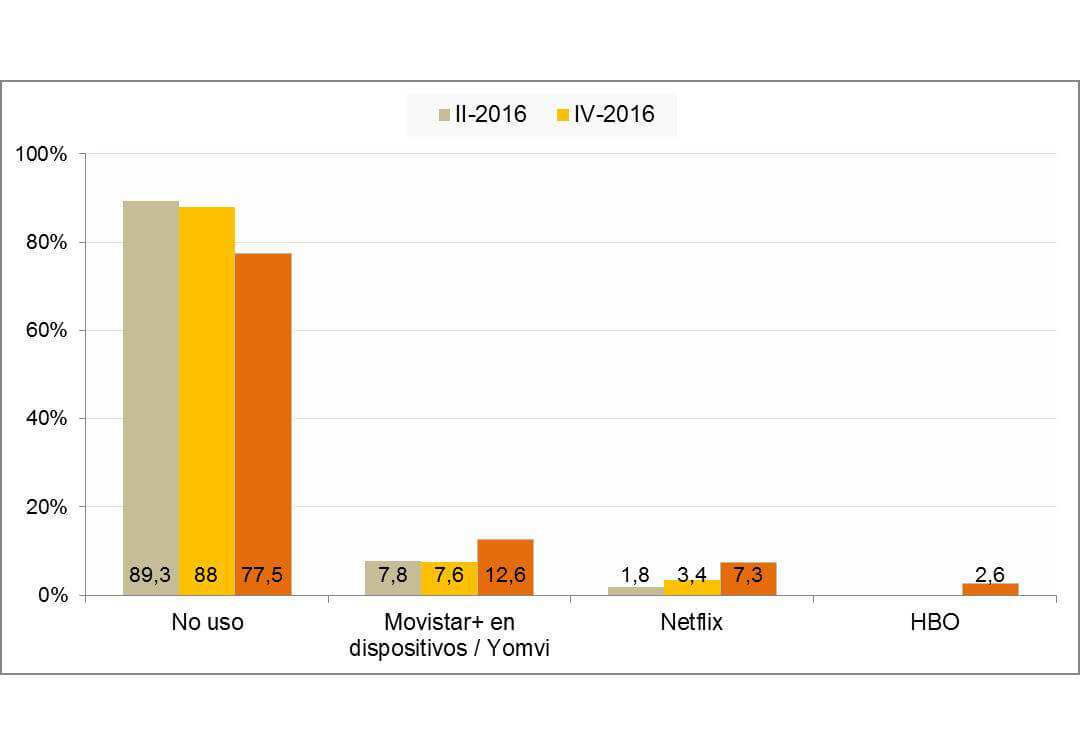 Despite having gained access to SVOD later than many other territories, Spain seem to have embraced video streaming, according to the latest data released by the Comisión Nacional de los Mercados y la Competencia (CNMC).

Over the last six months, Netflix has doubled its subscriptions, reaching 1.16 million homes two years after it launched in the country - the first major over-the-top (OTT) service to land in Spain.

HBO España - which arrived a year ago and relying on the success of Game of Thrones in the country - has reached 414,000 households.

However, the market leader Yomvi is not a standalone platform, being bundled to Movistar+’s pay-TV subscription. The Telefónica service nears two million homes, 12.6% of the country’s connected households.

Along with increasing SVOD subscriptions, video-on-demand (VOD) habits are gaining ground across the country. Over 40% of homes watch on-demand content at least once a week. Among the free platforms, Atresmedia’s Atresplayer and RTVE’s A La Carta are the favourites.

As for connected devices, Spaniards mainly use their phones (85.2%) to access online services, followed by computers and tablets, with 11.6% using a smart TV to connect to VOD platforms, almost doubling since 2015.
Tweet