Netflix Originals dominate VOD in Argentina, Brazil | VOD | News | Rapid TV News
By continuing to use this site you consent to the use of cookies on your device as described in our privacy policy unless you have disabled them. You can change your cookie settings at any time but parts of our site will not function correctly without them. [Close]

The most popular video-on-demand (VOD) content in Argentina and Brazil has been produced by Netflix, with Stranger Things doing particularly well. 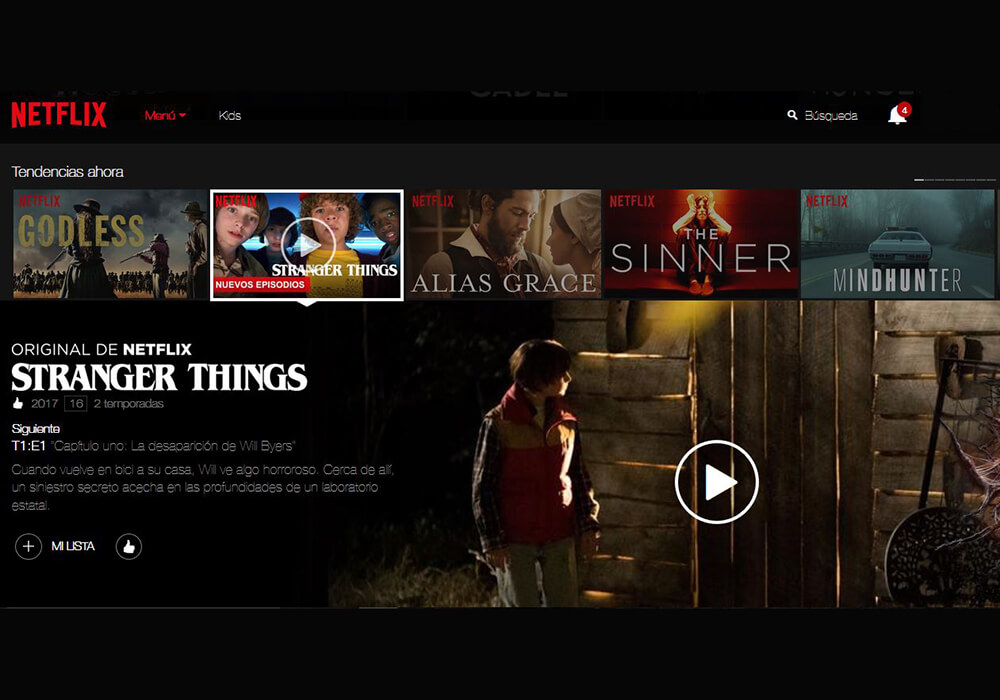 Contrary to other American markets, like the US or Canada, where Hulu or Amazon content is also in high demand, Netflix runs the show in Argentina and Brazil, according to Parrot Analytics in its Q3 2017 VOD Global Demand report.

Argentina’s top five was dominated by Netflix titles, with the top title with over a third of demand being Stranger Things. Then come 13 Reasons Why, Black Mirror, Sense 8 and House of Cards.

The first non-Netflix original series to be shown in the VOD ranking is Hulu’s The Handmaid’s Tale, which is the 15th most-watched VOD show in Argentina.

As for Brazil, Stranger Things is also the most in-demand show, followed by 13 Reasons Why, Orange is the New Black, Sense 8 and Narcos. Surprisingly, the acclaimed Colombian series has more impact in the non-Spanish-speaking countries included in Parrot Analytics’ report, especially France, Germany and Singapore, where it was the most demanded show.

Brazilian original thriller 3% dipped a couple of spots from 11 in Q2 to 13 in Q3, according to the report, still driving one of the highest peaks in demand for the quarter (11.5 million expressions on 17 July).

The Handmaid’s Tale is the eighth most watched VOD title in Brazil, while Amazon’s The Man in the High Castle is 21st.