Telefónica, Disney consolidate partnership in Spain | Deals | News | Rapid TV News
By continuing to use this site you consent to the use of cookies on your device as described in our privacy policy unless you have disabled them. You can change your cookie settings at any time but parts of our site will not function correctly without them. [Close]

Building on previous deals, Telefónica and Disney have signed a strategic alliance in Spain that will bring exclusive content to Movistar+. 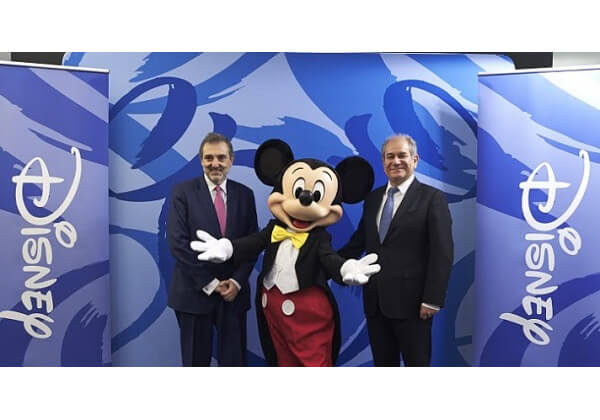 Under the terms of the agreement, Movistar+ will launch Movistar Disney on 22 December, following a similar strategy as that in the UK with Sky Movies Disney.

The 24/7 pay-TV channel will offer both Disney and Disney Pixar titles, including recent hits like Frozen and the Pirates of the Caribbean saga as well as classic films like The Lion King and Fantasia.

“Through this alliance, we’re refreshing our agreement with Disney. Thanks to the deal, we’ll continue delivering Disney content to our subscribers and bringing the best entertainment to the Movistar galaxy,” said Luis Miguel Gilpérez, president, Telefónica España.

The agreement will also see a repetition of the 2015 strategy of launching a Star Wars-themed, pop-up channel immediately before the cinema premiere of The Last Jedi, the latest film of the popular saga.

“It’s the first time a single platform, both in the linear and on-demand markets, is going to gather so much Disney content,” said Simon Amselem, country manager, The Walt Disney Company, Spain and Portugal. “Movistar is becoming one of the few operators in the world with its own Disney channel.”