AT&T tops JD Power TV satisfaction rankings in US | Major Businesses | Business
By continuing to use this site you consent to the use of cookies on your device as described in our privacy policy unless you have disabled them. You can change your cookie settings at any time but parts of our site will not function correctly without them. [Close]

Pay-TV subscribers in the United States are growing increasingly satisfied with over-the-top (OTT) streaming TV services compared with traditional cable TV, but are also spending nearly an hour more a week watching regularly scheduled programming than they did two years ago. 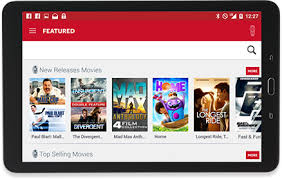 That is the topline finding of a JD Power survey which added that in terms of satisfaction, AT&T customers are the happiest.

That increasingly complex consumer relationship with streaming and cable television is explored in detail in the study which also found that customer satisfaction with the overall streaming video service experience (7.91 on a 10-point scale) and performance and reliability (7.97) has slightly improved year over year. Conversely, overall satisfaction with traditional pay-TV services has fallen to 710 this year (on a 1,000-point scale) from 724 last year.

However, the percentage of likely cord-cutters has declined slightly: the number of customers who say they plan to cut the cord on pay-TV during the next 12 months has declined to 8% this year from 9% in 2016.

“Although it seems like the world is consumed with idea of cord-cutting in the wake of Hulu’s first Emmy and the proliferation of new shows on Netflix and Amazon, the number of current pay-TV customers who plan to cut the cord has actually declined, and the number of hours spent watching old-fashioned, time-slot television is growing,” said Peter Cunningham, lead for the technology, media, and telecommunications practice at JD Power. “We’re seeing a trend toward the co-existence of traditional and alternative service providers, with each offering some lessons to the other on how best to drive an increase in customer satisfaction.”

“We’re thrilled that Verizon has earned this recognition again from JD Power and we remain committed to delivering the best possible customer experience every day," said Kelley Kurtzman, vice president of customer care at Verizon.

The report also found that destination TV viewing has reached a three-year high. Despite growing satisfaction with streaming video services and widespread use of DVR and video on-demand (VOD), the number of hours spent watching regularly scheduled television programmes has increased by nearly an hour between 2015 and 2017. In a typical week, households have spent an average of 17.4 hours watching regularly schedule programming this year, up from 16.6 in 2015.

At the same time, mobile app adoption low, but satisfaction high among early adopters: nearly two-thirds (65%) of pay-TV customers never watch content from their provider via mobile app, and only 6% said they watch via mobile on a daily basis.

Interestingly, overall satisfaction with pay-TV providers increases with the frequency that customers use a mobile app to watch their provider’s content.