Telemundo’s Universo kicks off Spanish-language NFL simulcasts | Programming | News | Rapid TV News
By continuing to use this site you consent to the use of cookies on your device as described in our privacy policy unless you have disabled them. You can change your cookie settings at any time but parts of our site will not function correctly without them. [Close]

Telemundo Deportes in the US will broadcast seven exclusive Spanish-language live NFL game telecasts on Universo, beginning tomorrow (9 November) with the Seattle Seahawks vs. the Arizona Cardinals. 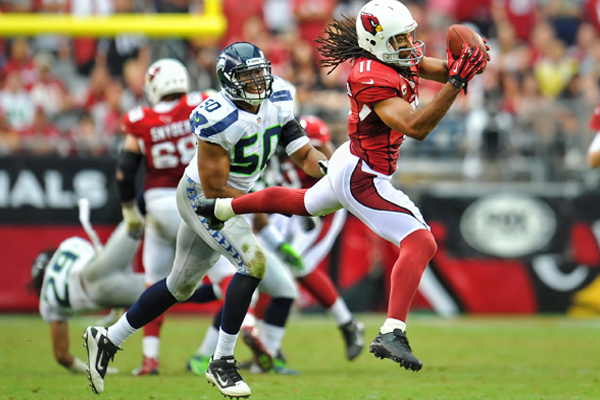 The simulcasts will start with the Thursday Night Football showcase and culminate with Super Bowl LII live on Universo on Sunday 4 February from US Bank Stadium in Minneapolis.

This presentation marks the fourth consecutive season that Universo (previously Mun2) will televise NFL games from sister network NBC, and the second NBC Super Bowl (Super Bowl XLIX in 2015 was the first).

Universo’s telecasts will also be streamed live via the Telemundo Deportes En Vivo app and TelemundoDeportes.com. Telemundo digital platforms will also stream additional games in Spanish, including all of NBC’s remaining Thursday Night Football and Sunday Night Football games, featuring the SAP offering. Streaming will be available on desktops, tablets and connected TVs.

"We are thrilled to again present NFL regular-season and play-off games, including the Super Bowl, on Universo to the growing Hispanic football audience,” said Ray Warren, president of Telemundo Deportes. “Combined with the FIFA World Cup next year, the Spanish-language telecast of these high-profile NFL games, including the Super Bowl, reinforces Telemundo Deportes' commitment to bring the top global sports events in Spanish-language television and digital platforms to our diverse sports audience.”