Netflix takes Spanish original to cinemas | VOD | News | Rapid TV News
By continuing to use this site you consent to the use of cookies on your device as described in our privacy policy unless you have disabled them. You can change your cookie settings at any time but parts of our site will not function correctly without them. [Close]

In a move unseen in Europe, Netflix is preparing to show its original film Fe de Etarras in selected Spanish cinemas. 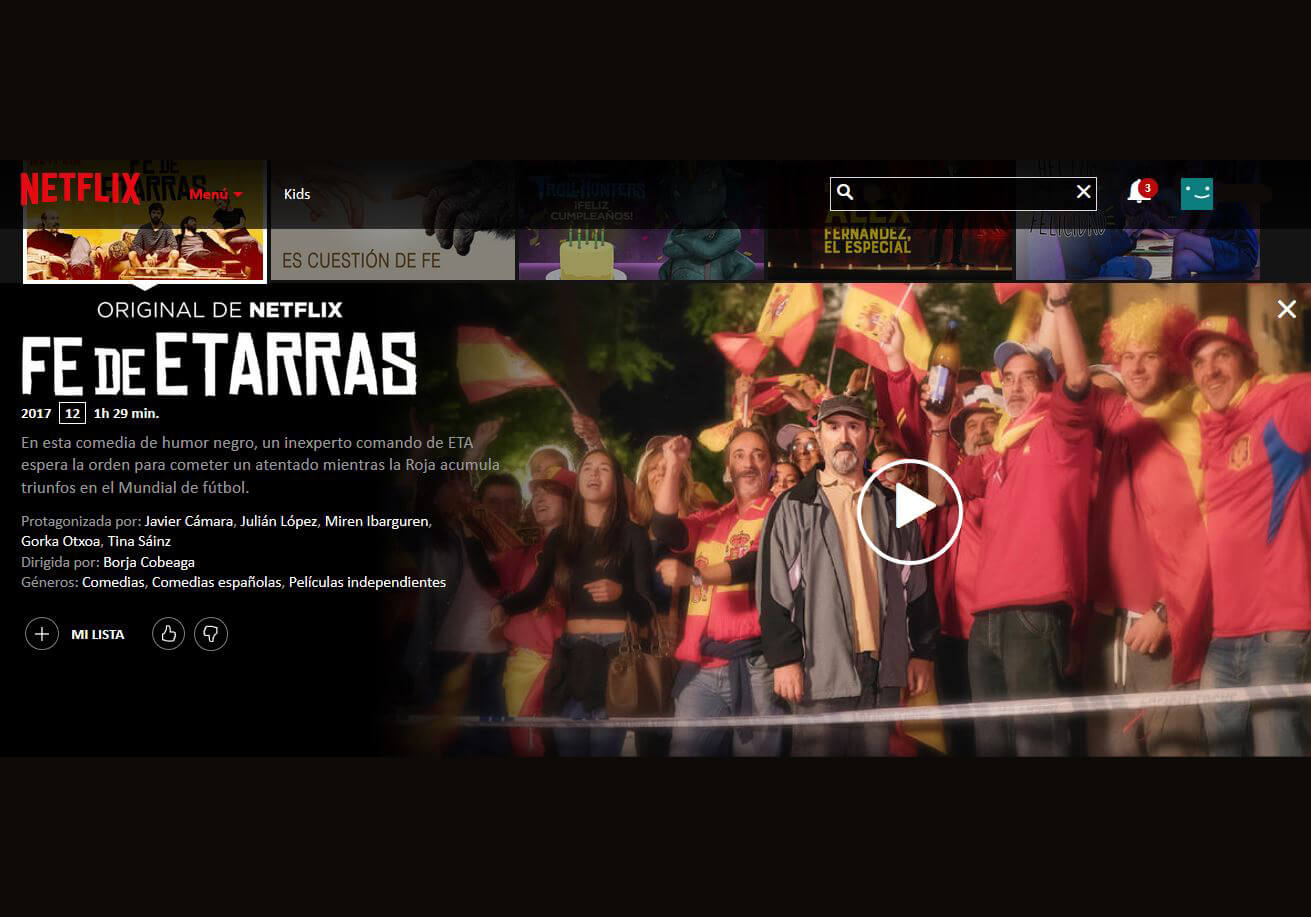 Following long discussions about whether the subscription video-on-demand (SVOD) leader should start releasing its content in theatres, Netflix tested the strategy in Asia earlier this year.

Fe de Etarras (Bomb Scared in English), co-produced with Mediapro, will be shown in cinemas on 7 December, almost two months after it was released over-the-top (OTT).

Directed by Borja Cobeaga and written by Diego San José, Fe de etarras stars Javier Cámara, who is also in the third season of Narcos, Julián López, Miren Ibarguren and Gorka Otxoa. The film will be taken to 20 cinemas, distributed by A Contracorriente.

The film is Netflix’s third original production in Spain, following the film 7 Años and the successful series Las Chicas del Cable. A second original series, Elite, is set to premiere worldwide in January 2018.

Though the company has not confirmed it, Netflix may be aiming to avoid the situation it saw last May in Cannes, when the film Okja come under fire for not releasing films in cinemas. In order to be nominated for Spain’s Goya Awards, a film has to have been previously released in cinemas.

“Netflix’s main goal with this move is to give consumers control over content,” said Mediapro. “The company is happy to enable users to enjoy this film both in cinemas and on Netflix, where it’s been available since 12 October.”
Tweet