Mexican broadband dogged by low quality DSL | IPTV | News | Rapid TV News
By continuing to use this site you consent to the use of cookies on your device as described in our privacy policy unless you have disabled them. You can change your cookie settings at any time but parts of our site will not function correctly without them. [Close]

Barely half of Mexican homes have broadband services, and only 17% of these are through fibre networks, according to a report by The Competitive Intelligence Unit (CIU). 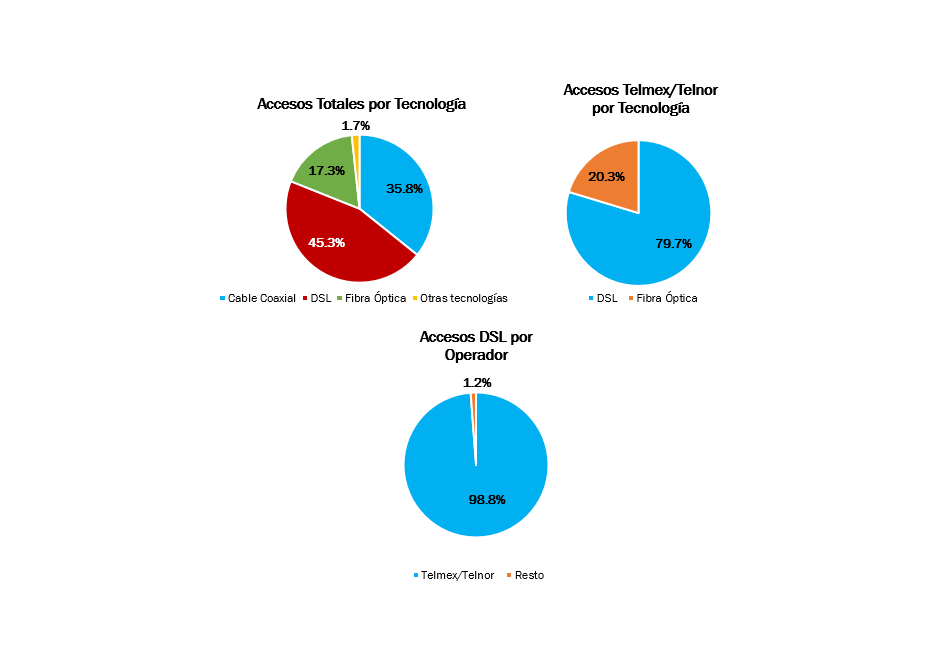 The CIU report found that DSL is the dominant broadband technology, delivering less bandwidth and lower signal quality than the fibre options, a key difference as traffic demand pikes driven by over-the-top (OTT) services and IPTV.

América Móvil (Telmex, Telnor), which owns 56.2% of Mexico’s broadband accesses, bases nearly 80% of its service on DSL technology, says the report. In fact, 98.8% of DSL-based connections are delivered by the Carlos Slim telco.

The second and third largest operators, Televisa and Megacable, have built up their offer over coaxial cable, enabling users to access hybrid and advanced TV services through more stable and powerful connections.

Only Totalplay delivers 100% of its service through a pure fibre-to-the-home (FTTH) network, through which it reaches over six million homes in the country. Tapping into this growing network, Totalplay aims to grow as an OTT hub in Mexico and is the only pay-TV company with a comprehensive 4K portfolio in the country.

Over 65% of broadband accesses owned by Axtel, Mexico’s fifth biggest telco, are based on FTTH.

“As a result of the strong reliance of Mexico’s broadband on América Móvil’s DSL technology, 44.6% of homes are still getting its Internet services through an operator that has repeatedly ranked last on Netflix’s ISP ranking,” said CIU’s Ernesto Piedras and Gil Daniel Fosado.
Tweet