VIMN secures linear, multi-platform deals across Europe | Pay-TV | News | Rapid TV News
By continuing to use this site you consent to the use of cookies on your device as described in our privacy policy unless you have disabled them. You can change your cookie settings at any time but parts of our site will not function correctly without them. [Close]

Viacom International Media Networks in Southern and Western Europe, Middle East and Africa (SWEMEA) has announced a number of deals with a variety of carriers and key partners, covering linear, subscription video-on-demand (SVOD) and multi-platform distribution across Europe. 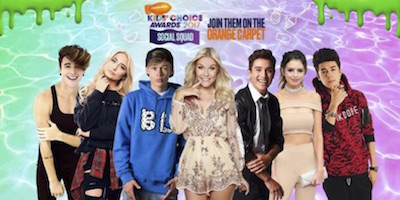 The deals, described as important milestones for the company is part of the pay-TV provider’s strategy to scale out content and brands across platforms in the region. Among the deals, VIMN has launched Nick Jr as a NOS-exclusive channel in Portugal.

The 24-hour network is dedicated to pre-schoolers and parents, and currently reaches almost 73 million households around the world via cable, digital cable and satellite TV. The new channel will feature Nick Jr content such as Paw Patrol, Blaze & the Monster Machines and Nella the Princess Knight. Across the Portuguese border, MTV Bankia credit card holders in Spain will from early 2018, be able to enjoy VIMN premium content on the mobile appMTV Play. Using their exclusive login, they will have access to a wide range of exclusive MTV content including an MTV livestream, a selection of the best recently-premiered content in catch-up, and access to an extensive library with iconic MTV titles, accessible anywhere, anytime on tablet and mobile devices.

“This series of agreements and expansions with existing and new partners underlines our ability to adapt our brands and products to a variety of affiliate models in diverse markets around the world as we seek to expand both our linear and nonlinear footprint and distribution,” remarked Raffaele Annecchino, president and MD of VIMN  Southern and Western Europe, Middle East and Africa.
Tweet