TV viewers emotionally bond with their advertisements | Media Analysis | Business | News | Rapid TV News
By continuing to use this site you consent to the use of cookies on your device as described in our privacy policy unless you have disabled them. You can change your cookie settings at any time but parts of our site will not function correctly without them. [Close]

A full 85% of consumer purchases are driven by emotional attachment, and audiences are six times more likely to consider television advertising emotional or memorable versus social media advertising, according to a new VAB report. 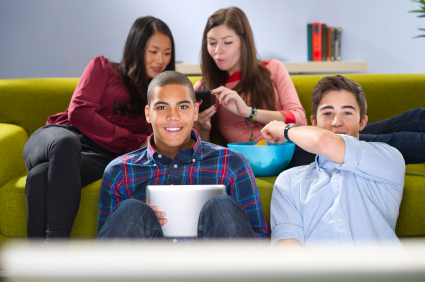 The report, Be Still My Viewing Heart, explores the link between quality television content and emotional attachment, and analyses how that combination impacts advertisers and brands.

As the report highlights, adults spend more time with a TV screen each day (over five hours) than they do eating/drinking, shopping, talking on the phone, emailing or viewing Netflix, YouTube and Facebook combined. A full 82% of viewers turn to TV for entertainment and escapism.

The emotional bond viewers feel for TV programming extends beyond the screen as well. From excitement for an upcoming episode (nearly 60% of ‘between-airings’ programme tweets are in anticipation of the next episode) to discussing the latest plot developments as they happen, viewers utilise social media channels to continue the conversation around TV. In fact, ad-supported TV provokes 65% of Twitter’s Top Trending Topics (from 5/15-6/11/17), and the top five entertainment programmes have more than 52 million Facebook followers.

Trending videos had a negligible impact on driving interest for the channel or the YouTube personality, with a 4% lift in views across the channel’s three most recently posted videos and a less than 1% lift in social followers or channel subscribers.

“There has never been more competition for consumers’ attention than there is today,” said Sean Cunningham, president and CEO of VAB. “In order for advertisers to truly make an impact on the bottom line, they must quickly and effectively create meaningful connections with their audiences. More than half of consumers say they recall ads they’ve seen and respond emotionally to them (64% and 58%, respectively) to TV advertising, allowing brands to showcase their messages and develop lasting relationships with consumers.”