HOOQ unveils six pilot projects from Asian talents | VOD | News | Rapid TV News
By continuing to use this site you consent to the use of cookies on your device as described in our privacy policy unless you have disabled them. You can change your cookie settings at any time but parts of our site will not function correctly without them. [Close]

The first six titles for pilot development by HOOQ have been unveiled by the Asian subscription video-on-demand (SVOD) service as part of its Filmmakers Guild initiative. 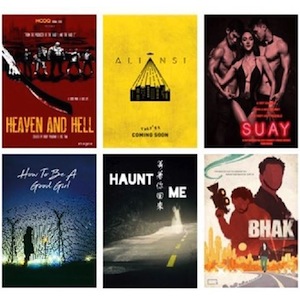 The selections for 2017 are Bhak (India), Suay (Thailand), Haunt Me (Singapore), How To Be A Good Girl (Singapore), Aliansi (Indonesia) and Heaven and Hell (Indonesia). The six titles were chosen from a total of 500 submissions over a two-month period, following the launch of HOOQ’s Filmmakers’’ Guild in July.

Creators will receive US$30,000 to produce a pilot episode for the SVOD platform. Once streamed, HOOQ subscribers and judges will then vote for their favourite. The winning episode will be expanded into a full series for the platform.

“HOOQ has always been a big supporter of the Asian film industry,” said CEO Peter Bithos. “The HOOQ Filmmakers Guild was designed with this in mind and focuses on developing the next generation of Asian film talents by providing them with the opportunity to showcase their ideas and develop their skills through connecting with the Guild’s judges who are the crème de la crème of the Asian film business.

“There were so many great ideas to select from so we decided to produce six pilots instead of the five that we had intended,” Bithos added.

The submissions spanned a range of genres, with the most prevalent being drama, horror/supernatural, comedy, and science fiction and fantasy.

“I was deeply amazed by the quality of the submissions, so much so that it made judging really difficult!” said judge Mouly Surya, director of Marlina the Murderer in Four Acts. “It was affirmation to me that Asia truly has immense talent when it comes to filmmaking.”

Judging was based on the relevance and potential appeal to Asian audiences, demonstrable creativity in storytelling, and a well told Asian story with an original point of view.
Tweet