Mobile ad impressions gain ground at expense of tablet views | Media Analysis | Business | News | Rapid TV News
By continuing to use this site you consent to the use of cookies on your device as described in our privacy policy unless you have disabled them. You can change your cookie settings at any time but parts of our site will not function correctly without them. [Close]

There has been a significant increase in advertising impressions served on mobile devices in the last year, with quarter-by-quarter data indicating a steady, continuous rise in this category. 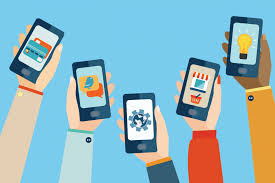 The report, which looks at benchmarks based on third-party video ad serving data from the Extreme Reach platform, shows that while the shift away from desktop accounts for some gain in mobile, the largest share of growth corresponds to a decrease in video ad impressions served on tablets. Desktop impressions declined from 35% to 31%; but tablets lost more than 10 points of ground, falling from 25% in Q3 2016 to 14% this year.

The surge in mobile isn’t surprising given that mobile devices will account for 73% of time spent using the internet globally in 2018, with video accounting for most of the traffic, according to recent research from Zenith Mediafrom Zenith Media.

Meanwhile, click-through rates across devices (.26%), ad length and media purchase type all showed declines in Q3 versus last year, yet both video ad completion rates and time spent have increased just very slightly. Completion rates stand at 68% vs 67% a year ago; while time spent on average is still hovering around 17 seconds.

In comparison, for the second quarter, completion rates were up by 20%, with a 36% increase for premium publishers, year-on-year.