MENA anti-piracy coalition celebrates closure of 30 pirate TV channels | Security | News | Rapid TV News
By continuing to use this site you consent to the use of cookies on your device as described in our privacy policy unless you have disabled them. You can change your cookie settings at any time but parts of our site will not function correctly without them. [Close]

It has been a hot summer for the MENA Broadcast Satellite Anti-Piracy Coalition which between April and September 2017 shut down 30 Arabic and western pirate TV channels, and has prompted 26 other channels to stop violating copyrights. 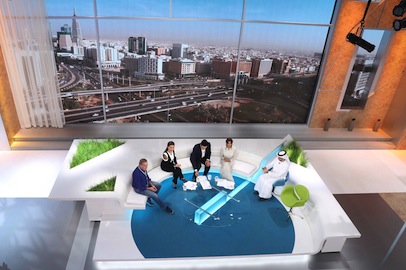 At the coalition’s 11th meeting in Amsterdam, attended by the region’s major broadcasters and satellite providers, it reaffirmed its commitment to remain fully engaged in protecting content against illegal satellite distribution, and agreed to widen its focus to IPTV and over-the-top (OTT) piracy. Guillaume Forbin, OSN head of platform & content security, unveiled research showing IPTV piracy was still growing heavily. Members of the coalition also discussed the growing threat from illegal internet streaming and downloads, and agreed to work together in order to strengthen their relationship with authorities in his context.

“With this latest series of actions, the satellite broadcast industry in the region has effectively cleansed itself of the piracy scourge that has been damaging us since 2012,” MBC Group CEO, Sam Barnett, said during the meeting. “This has only happened because of the effective collaboration of producers, broadcasters and satellite operators. Even last week we have heard news of Egyptian film producers signing new deals with legitimate TV stations – deals that previously would not have happened due to piracy. This is a big boost for the sector.”