Spanish Government considers taking control of Catalan public broadcaster | Broadcast | News | Rapid TV News
By continuing to use this site you consent to the use of cookies on your device as described in our privacy policy unless you have disabled them. You can change your cookie settings at any time but parts of our site will not function correctly without them. [Close]

In the escalating conflict between the Spanish and Catalonian governments, public media continue to play a key role, with the Spanish Prime Minister mulling the takeover of Catalan public TV. 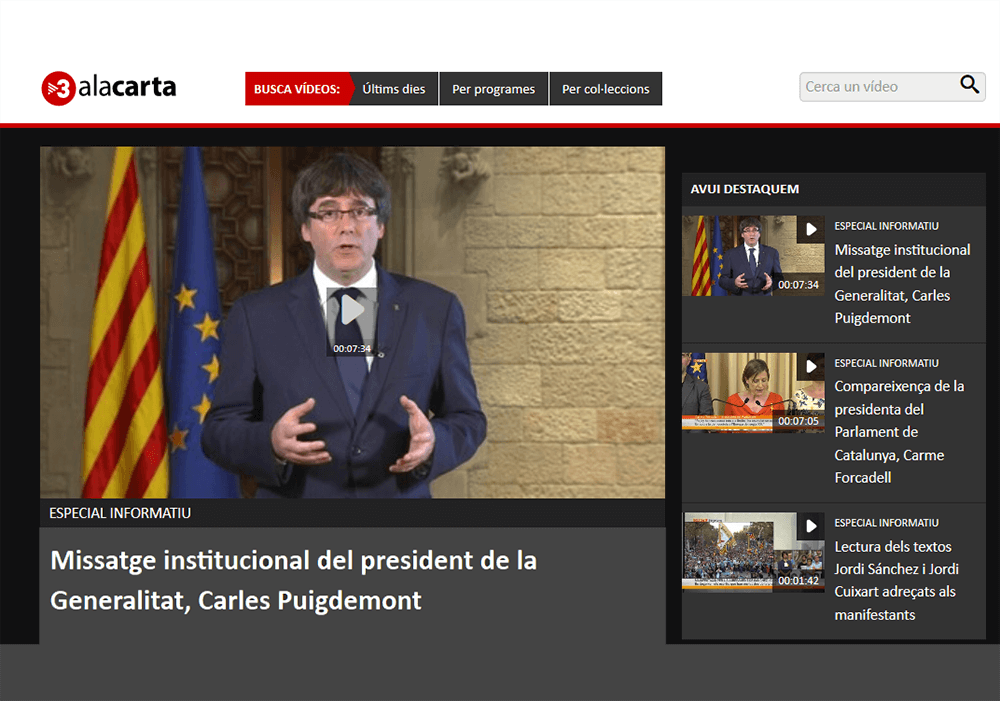 As Madrid’s Government announced a set of rules to cut off the regional administration of Catalonia, one of measures aims to control Corporació Catalana de Mitjans Audiovisuals (CCMA) and public free-to-air (FTA) networks like TV3.

The CCMA has played an important role in the conflict, and several analysts have slammed the broadcaster for trying to manipulate viewers to support the independence movement.

However, the decision of Mariano Rajoy’s administration has been strongly criticised by journalist associations and unions, such as the Sindicat de Periodistes de Catalunya, which see the move as one which interferes politically with the CCMA and attacks freedom of speech.

Spain’s main public broadcaster, RTVE, controlled by the Rajoy administration, has been also accused of manipulation and censorship while covering the Catalan conflict. Even RTVE’s own journalists have strongly criticised the political influence over the network’s strategy.

The final decision to take control of the CCMA has not yet been taken, and there’s still room for a middle-ground solution. But if such an agreement is not reached in the next week, the Catalan public broadcaster will likely be under the control of Madrid by the beginning of November.