MIPCOM 2017: Grupo Salinas aims for international production | Deals | News | Rapid TV News
By continuing to use this site you consent to the use of cookies on your device as described in our privacy policy unless you have disabled them. You can change your cookie settings at any time but parts of our site will not function correctly without them. [Close]

The Mexican parent company of TV Azteca, Grupo Salinas, has launched Dopamine at MIPCOM 2017 in a bid to build an independent production house for international formats. 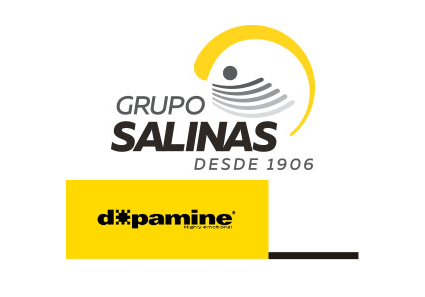 Dopamine will develop innovative formats which can be exploited globally and will also focus on co-productions and various distribution channels.

“The global scenario of the entertainment industry is complex, as there is an audience that demands more quality and on-demand content, and an increasing number of producers and distribution platforms,” said Fidela Navarro, who will be CEO at Dopamine. “For us, this is a financial, commercial and creative opportunity.”

“Dopamine will create original and premium content, aiming to lead the entertainment market. It will develop and produce stories for any kind of platform, and it will also bet on new business models and strategic partnerships,” he added.

According to Grupo Salinas, Dopamine has been launched with an initial budget of $200 million to invest in new formats.