Connected devices beat TV viewing in Spain | Media Analysis | Business | News | Rapid TV News
By continuing to use this site you consent to the use of cookies on your device as described in our privacy policy unless you have disabled them. You can change your cookie settings at any time but parts of our site will not function correctly without them. [Close]

Although smartphones have been the most popular devices in Spain for several years, now computers have also exceeded the number of TV sets in Spanish homes. 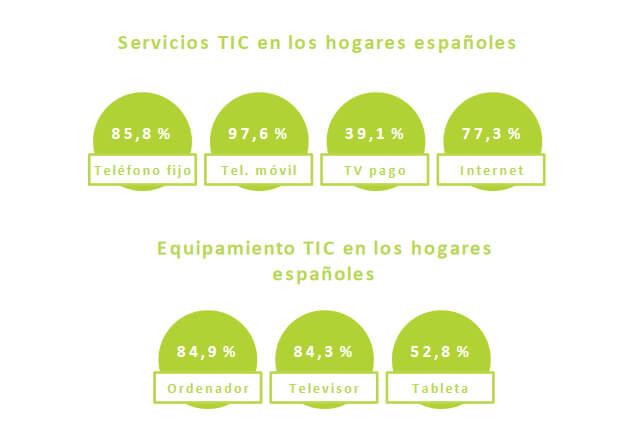 According to the annual report La Sociedad en Red from the Observatorio Nacional de las Telecomuncaciones (ONTSI), almost all homes have at least one mobile device, while 84.9% of households have a computer.

For the first time in the third position, TV sets are available in 84.3% of homes, with less than one in four being smart TVs. In addition, over half of households have one tablet and one DVD or BR player.

Although the report focuses on telecom services and devices, and doesn’t analyse viewing behaviour, it does highlight that pay-TV is available in nearly 40% of homes. The penetration rate indicates that the market is still rising, although the rocketing growth seen in 2015 and 2016 has slowed.

According to the ONTSI, pay-TV is thriving in a convergent scenario, as an increasing number of families take on triple-play packages. Among all the households with at least two telecom services, 75% have a convergent package, 31% of which include pay-TV.