Movistar, Disney launch eSports project in Spain | Deals | News | Rapid TV News
By continuing to use this site you consent to the use of cookies on your device as described in our privacy policy unless you have disabled them. You can change your cookie settings at any time but parts of our site will not function correctly without them. [Close]

Telefónica’s Movistar and Disney have launched C.R.A.K.S. in Spain, a transmedia eSports project that includes a TV series, online video content and an interactive app and video game. 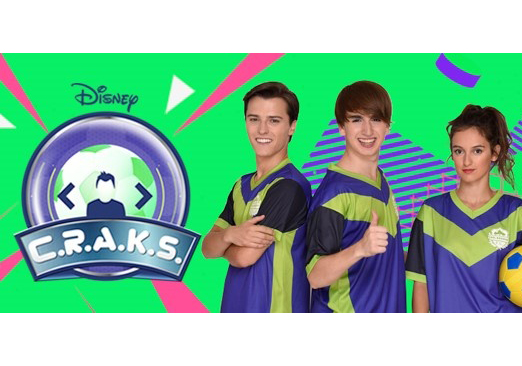 The project, which has been presented in the Movistar Riders eSports centre, is supported by Movistar+ and the pay-TV channel Disney XD.

The linear TV series C.R.A.K.S. will premiere on the Disney signal tomorrow (12 October). In addition, an online video will be created and published through a video blog, and an app has been launched to deliver a video game and extra content.

Despite being premiered on TV, the series follows an online video format, as the first season will include eight 11-minute episodes.

“Movistar is one of our main partners. We were looking to support a transmedia project that involved eSports and with C.R.A.K.S. we have gone beyond that. We have designed an app that will also be created within the series and will be available in real life,” said Nuria Jiménez-Salazar, director, marketing, Disney networks.

“C.R.A.K.S. is not only TV content, it enables us to build up a community in real time,” added Ezequiel Segui, executive producer, Disney.