Pay-TV incomes rocket in LATAM | Media Analysis | Business | News | Rapid TV News
By continuing to use this site you consent to the use of cookies on your device as described in our privacy policy unless you have disabled them. You can change your cookie settings at any time but parts of our site will not function correctly without them. [Close]

A report by the Organización de Telecomunicaciones de Iberoamérica (OTI) has revealed that pay-TV incomes grew by 23.6% in Latin America in Q3 2016. 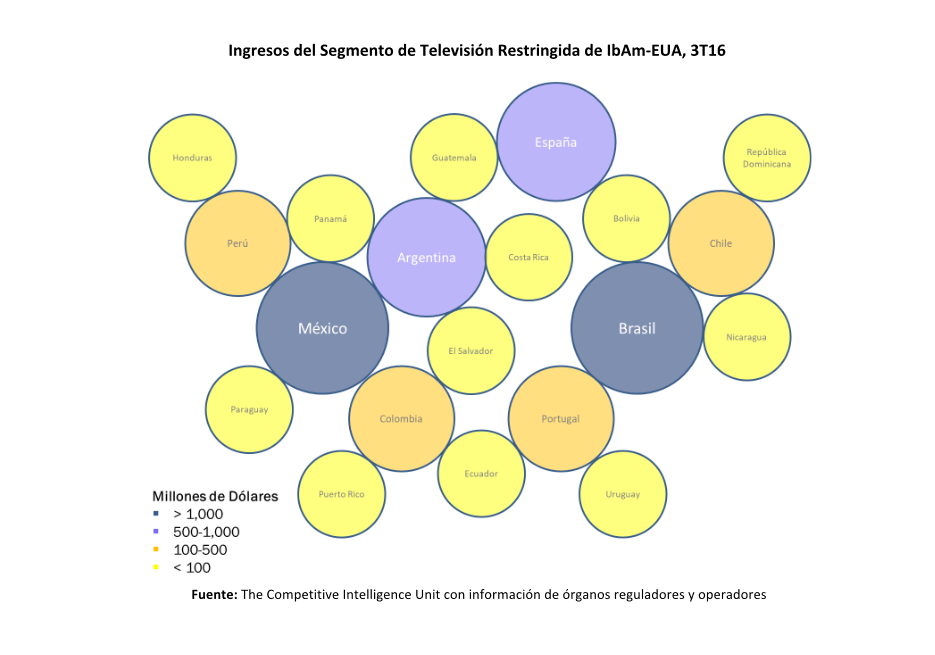 Incorporating official data from every Latin American country, Spain and Portugal, as well as figures from the Competitive Intelligence Unit, the report shows that the region’s pay-TV invoiced almost $7 billion during Q3 2016, driven by the strong performance of Mexico and Argentina, as well as Central America.

The report specifically focuses on the Central American scenario, which delivered an average 9.9% growth in the quarter.

According to the OTI, more mature markets such as Costa Rica, Panama and Honduras are generating new business opportunities thanks to the convergence of technologies and services.

However, affordable and satellite-based services are on the up in the more remote areas of the region.