Programmatic video ads reach tipping point | Media Analysis | Business | News | Rapid TV News
By continuing to use this site you consent to the use of cookies on your device as described in our privacy policy unless you have disabled them. You can change your cookie settings at any time but parts of our site will not function correctly without them. [Close]

Video ad spend is growing faster than any other ad format, and programmatic advertising is growing right along with it. 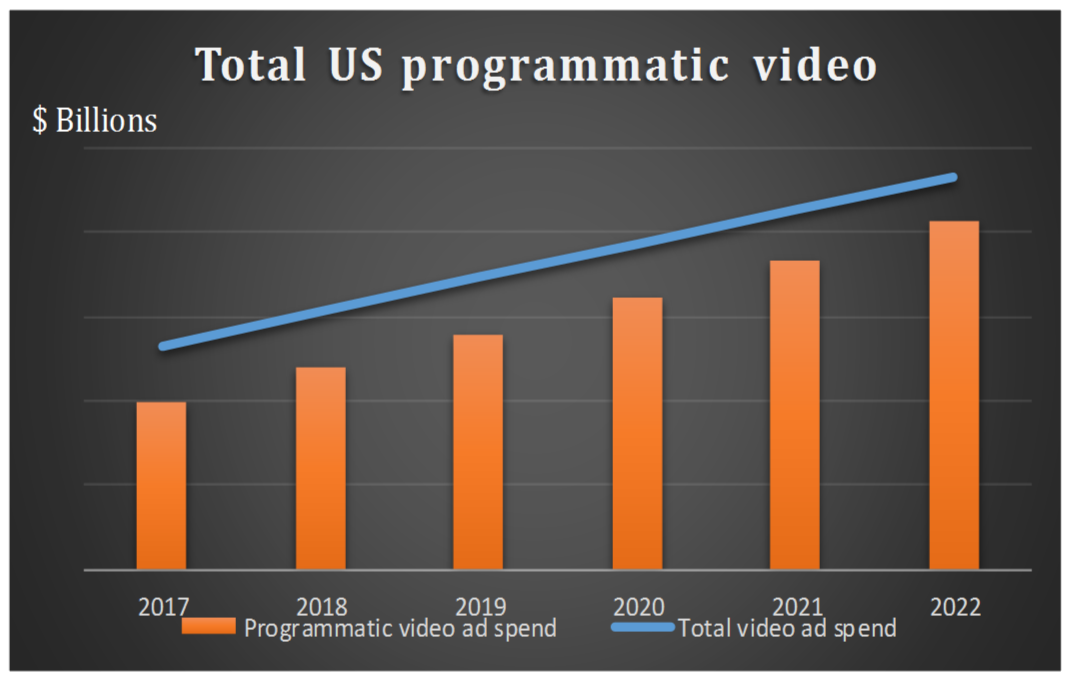 According to Rethink Research, last year was the first in which over 50% of all digital video ad dollars in the US were transacted using programmatic technologies. Meanwhile, mobile video consumption is through the roof, with some estimates saying it will increase more than 900% in the next five years. These are boons to a traditional ad market that’s facing an existential crisis brought on by technologies like the DVR, OTT subscription approaches to video that contain no any advertising (such as Netflix), and the rise of skinny TV bundles.

“Survival is not a given,” the firm said. “Programmatic advertising in video is seen as the White Knight, which will save many of the existing market leaders in the advertising market.”

And yet this too is a challenge for agencies, pay-TV operators and broadcasters alike, who need to come to terms with it rapidly within a few years. Billions of dollars are at stake, after all and the outcome in the US will be the blueprint that the rest of the world will follow.

Rethink has forecast continued dramatic uptake of programmatic video advertising during the next five years, and predicts that those first on board the programmatic bandwagon will take the largest market share. In the US, the market will reach more than $20 billion by 2022, with OTT-based subscription services, social media video, mobile video and delivery through connected TVs leading the way. There will be some attempts at programmatic for cable too during that time, but with a slower uptake, it said.

“This is currently a land-grab market to see which software players can deliver which advertising inventory in the first instance, and then there will be a rush to consolidate these players into digital native groups like Google, Facebook and Verizon’s Oath, as well as from broadcasters and the major pay-TV operators,” Rethink added. “AT&T itself said recently that one of the biggest benefits of buying Time Warner will be to triple its advertising revenue, based on adding AT&T-owned data to the mix to create a programmatic advertising dream.