Fastly launches media shield to optimise high-traffic streaming | Infrastructure | News | Rapid TV News
By continuing to use this site you consent to the use of cookies on your device as described in our privacy policy unless you have disabled them. You can change your cookie settings at any time but parts of our site will not function correctly without them. [Close] 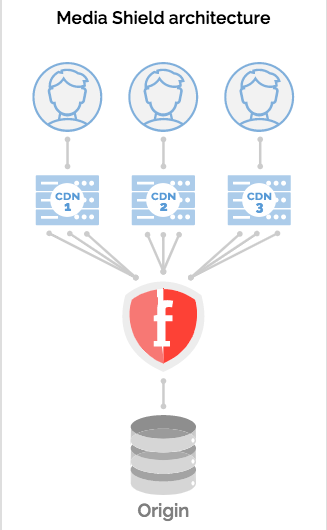 Fastly is designed to optimise on-demand video and live streaming by acting as an origin to CDN providers, sitting between a company's CDN deployments and its central cloud. The company claims that users of its technology — which sees use at the likes of A+E Networks, Brightcove, Dish Network and Vimeo — have reported cost savings of up to 75% a year, along with performance and availability improvements. It has also seen threefold growth of its media and streaming traffic in the past year with brands like A&E, History, Lifetime, FYI, Viceland, LMN and Vimeo Live.

“Optimised streaming is crucial for business success given the current video and content landscape,” said Jon Corley, CTO at Brightcove. “We are excited to be using Fastly's Media Shield  as one of the solutions that enable Brightcove to deliver the best streaming experience to users around the world and in today's online video market. We look forward to our continued relationship with the company.”