Broadband speeds uneven across LATAM | IPTV | News | Rapid TV News
By continuing to use this site you consent to the use of cookies on your device as described in our privacy policy unless you have disabled them. You can change your cookie settings at any time but parts of our site will not function correctly without them. [Close]

While Uruguay’s high-speed broadband penetration marches on at a pace, several countries still lack the infrastructure to drive Latin America towards the IP revolution. 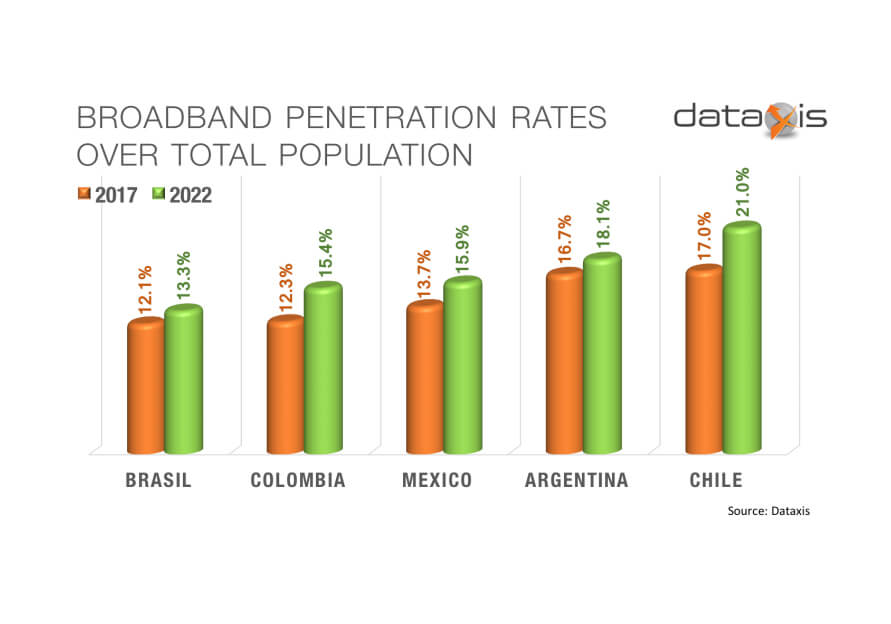 According to Dataxis, fixed broadband connections in the region will reach 83.7 million in 2022, representing a penetration rate of 13.2% of the total population. By the end of 2017, the company says fixed broadband will reach 71 million accesses.

However, as previously highlighted, the development of the fixed broadband service is not homogeneous across the region. Currently, a group of countries including Bolivia, Paraguay and several Central American territories, have a penetration rate below 5%.

However, there are some cases in which high-speed networks are being rapidly deployed, enabling consumers to access a new range of over-the-top (OTT) and IP-based services, including IPTV and streaming, video-on-demand (VOD) options.

According to Dataxis, Uruguay is by far the country with the highest penetration rate, at 25%. Argentina, Chile and Puerto Rico complete the list of Latin American countries with a penetration rate of over 15%. Costa Rica, Mexico, Colombia and Brazil are also above the regional average.

“Fixed broadband service growth is expected throughout the region, but the differences in development between countries will remain; for example, in eight countries, the penetration rate will remain below 9%,” concluded the analyst.
Tweet