Bloomberg|Quint launches live streaming service in India | OTT | News | Rapid TV News
By continuing to use this site you consent to the use of cookies on your device as described in our privacy policy unless you have disabled them. You can change your cookie settings at any time but parts of our site will not function correctly without them. [Close] 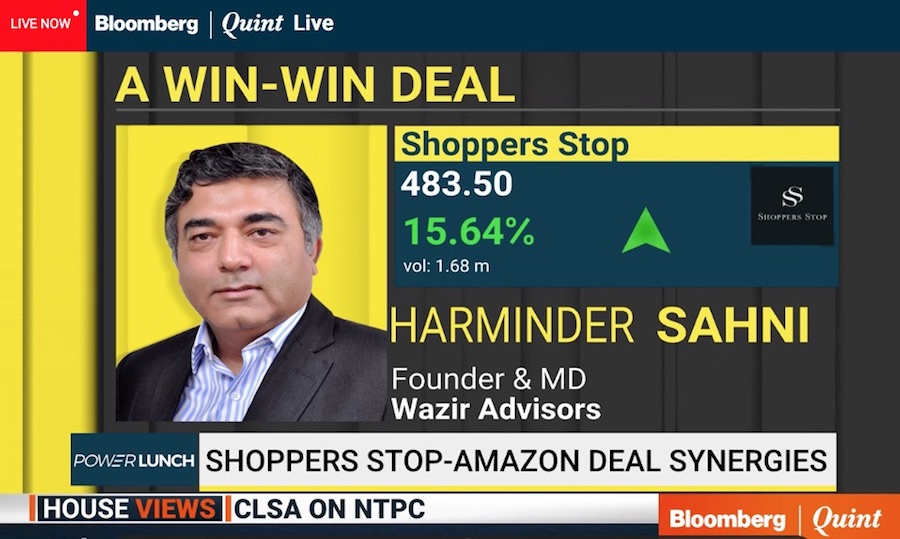 Available on www.bloombergquint.com, the Bloomberg Terminal and Bloomberg Quint social platforms, the digital streaming service launched with a live video of the keynote speech at the Bloomberg India Economic Forum by Finance Minister Arun Jaitley.

Bloomberg|Quint’s digital streaming service will now include live programming on a daily basis, from coverage of global and domestic markets to views from influential newsmakers in business and finance.

“We set out to create India’s premier digitally-led multi-platform media company, so the launch of Bloomberg|Quint’s live streaming video content on our website is a step in achieving this,” said Justin B Smith, CEO, Bloomberg Media Group.

“As global investors’ interest in India continues to grow, we look forward to extending our reach to bring high quality news programmes on India to the global community, and international news to India’s increasingly digital audience.”

Bloomberg|Quint has grown its reach to more than two million monthly users across its on-site and partner platforms since its launch in 2016.

Raghav Bahl, founder of Quintillion Media, added: “Over the last few months, we have combined the best of Bloomberg and Quintillion Media to create what we think is the gold standard in news programming for India. Consumers can look forward to compelling video content on key India market developments and top business news and views, which they can watch in the office, at home or on the go on their mobile phones”.
Tweet