SPT’s ONE to simulcast top Korean TV drama | Programming | News | Rapid TV News
By continuing to use this site you consent to the use of cookies on your device as described in our privacy policy unless you have disabled them. You can change your cookie settings at any time but parts of our site will not function correctly without them. [Close]

Asian network Sony Pictures Television (SPT) is set to premiere South Korean drama While You Were Sleeping on its ONE channel. 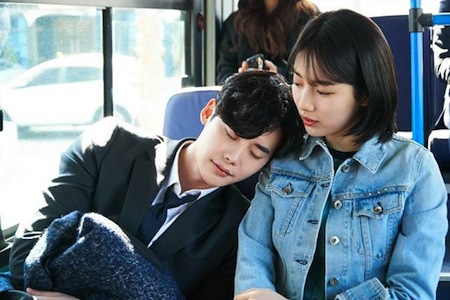 The entertainment channel will air the anticipated drama at the same time as Korea, on 27 September.

The move comes a week after SPT’s GEM, a joint venture channel with Nippon TV, simulcast the premiere of the two-hour feature episode of Pretty Proofreader Deluxe at the same time as it aired in Japan.

The investigative drama While You Were Sleeping stars Lee Jong Suk and Bae Suzy, and is directed by Lee Jong Suk, the director of Doctors and My Love from the Star. The series was created by Park Hye Ryun, writer of Pinocchio and I Can Hear Your Voice. Based on the novel Koetsu Girl by Ayako Miyagi, Pretty Proofreader follows the life of fashionista, Etsuko Kono who lands a proofreading job instead of her dream job as an editor.

“Our viewers have come to expect the latest in express titles from Japan and Korea so we work closely with our partners in both markets to deliver the hottest titles, at the same time as their local premieres. GEM’s Pretty Proofreader Deluxe, which stars Satomi Ishihara, explores the relatable world of workplace dynamics and all the drama that comes with it.

“On ONE, While You Were Sleeping will captivate our viewers with its dream team of writer, director and stars who all come together to create a truly fascinating drama series,” said Virginia Lim, senior vice president and head of content, production and marketing, Sony Pictures Television Networks Asia.