IBC 2017: Increased mobile video viewing drives demand for better content experience | Media Analysis | Business | News | Rapid TV News
By continuing to use this site you consent to the use of cookies on your device as described in our privacy policy unless you have disabled them. You can change your cookie settings at any time but parts of our site will not function correctly without them. [Close] 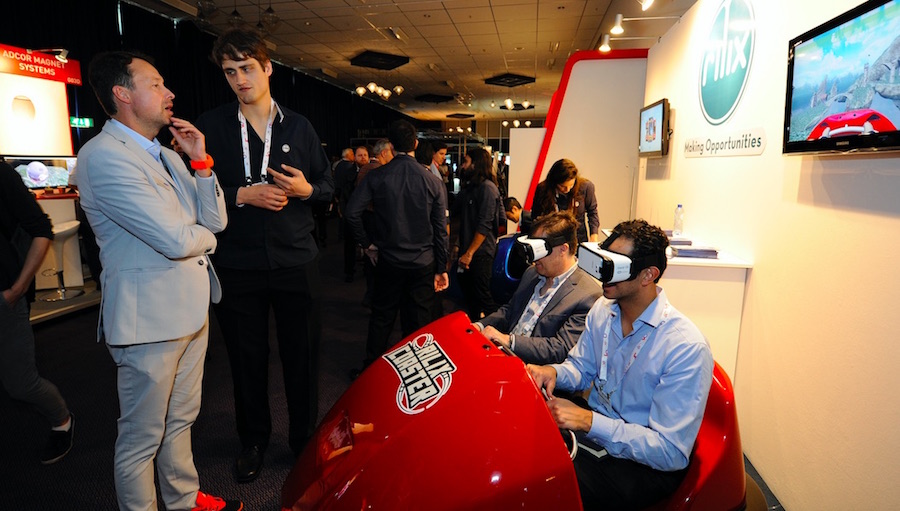 Digital video consumption has gone viral with the upsurge in online video distribution networks such as Netflix and YouTube creating a new connected landscape with data at the centre according to a new study from IBM and IBC.

More than half of those surveyed in the “Creating a ‘living’ media partner for your consumers: A cognitive future for media and entertainment” study are using mobiles every day to watch streaming videos, and that number is expected to grow 45% over the next three years.

Released to coincide with the IBC show, conducted by the IBM Institute for Business Value, is based on findings from two studies. The first is a survey of nearly 21,000 consumers in 42 countries about their video consumption habits, and the second offers insights from 500 global media and entertainment executives about the impact of cognitive computing on their industry. As many as 92% of the surveyed media and entertainment executives say cognitive technologies will play an important role in the future of their business.

The study found just over half (51%) percent of surveyed consumers--and two-thirds in emerging markets—access free, over-the-Internet video from providers such as YouTube, Facebook and Snapchat, whereas 48% access video through regular subscription services from traditional pay-TV providers. Among the 55% of surveyed respondents who watch video regularly on mobile devices, about a quarter spend one to two hours using mobile broadband instead of Wi-Fi. Despite consumers’ drive to go mobile, many respondents say the experience leaves much to be desired. For example, 65% of surveyed consumers very often or regularly experience buffering problems and 62% to have long waiting times to start a video.
Although media companies have advanced in recent years, there is a school of thought that most lag digital disruptors in the application of data, machine learning and advanced automation to deliver next-generation experiences at scale.

To deliver audience-tailored services in the moment, the survey suggested that broadcasters must gain actionable, relevant insights from large amounts of data, leveraging advanced data tools and cognitive systems. IBM and IBC added that cognitive capabilities can play a critical role in this transformation by unlocking and interpreting previously inaccessible data, yielding audience, content and contextual insights that can help media companies reach viewers with compelling, personalised experiences.

“The proliferation of video platforms and services are enabling more dynamic social, short-form, and immersive content formats that creates cross-platform competition for traditional licensed and original content,” said IBC CEO Michael Crimp, CEO. “This is a challenge for advertisers and content providers to reach target audiences with relevant, personalised offerings and messages--to succeed they need to embrace technologies and innovations in the marketplace, such as cognitive computing.”

“With an ever-increasing array of devices and over-the-top direct-to-consumer platforms, connected consumers are now clearly demanding high quality and personalised anytime, anywhere content experiences,” added Steven Canepa, general manager, global telecommunications, media and entertainment industry, IBM. “The challenge is to use the data emanating from this connectedness for competitive advantage. Cognitive computing allows media companies to better understand their audiences, to enhance customer choice and engagement, and to derive the insights necessary to better connect the right content with the right audience member.”