fuboTV launches US ad campaign with Fubo Chavez | Ad Tech | News | Rapid TV News
By continuing to use this site you consent to the use of cookies on your device as described in our privacy policy unless you have disabled them. You can change your cookie settings at any time but parts of our site will not function correctly without them. [Close]

fuboTV has launched a national marketing endeavour in the US that includes the company’s first-ever TV commercials, premiering at the start of the new NFL season and introducing viewers to Fubo Chávez: World’s Greatest Fan. 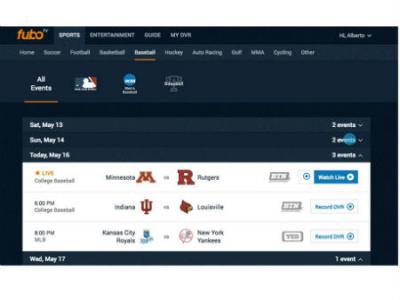 The multi-platform campaign includes three 15-second commercials to air during the NFL season on CBS, FOX and NBC, on top cable networks, including 24/7 sports channels, and on regional sports networks (RSNs) in key markets. Additional spots have been created exclusively for social media.

The campaign launches in conjunction with the company’s newest promotional offer, which brings the Fubo Premier package of 65-plus channels to new subscribers at $19.99 per month for the first two months. Fubo Premier includes more networks that carry sports than any other streaming TV service’s similar bundle.

“Since day one, fuboTV has done things differently – from our content strategy to our approach to technology and the way we market – and as a result, we are changing the game for sports fans,” said Alberto Horihuela, fuboTV co-founder and CMO. “The Fubo Chávez campaign embodies that premise by balancing edgy, yet comedic, scenarios that will capture the attention of viewers and help them discover a better way to watch their favourite sports and entertainment.”

Fubo also has tapped up-and-coming comedian and actor Michael Varamogiannis as Fubo Chávez, a relatable and likeable underdog. This concept mirrors the company’s brand, as fuboTV is an independent start-up going head-to-head with streaming TV services operated by the world’s largest media and tech companies. Fubo Chávez was created with the goal of being both a memorable character as well as a persona that can exist beyond the confines of the initial TV spots.