eMarketer ratchets back US ad spending forecast | Ad Tech | News | Rapid TV News
By continuing to use this site you consent to the use of cookies on your device as described in our privacy policy unless you have disabled them. You can change your cookie settings at any time but parts of our site will not function correctly without them. [Close]

With cord-cutting accelerating faster than expected, ad spending in the US will grow just 0.5% to $71.65 billion this year, down from the $72.72 billion in Q1, says a forecast by eMarketer. 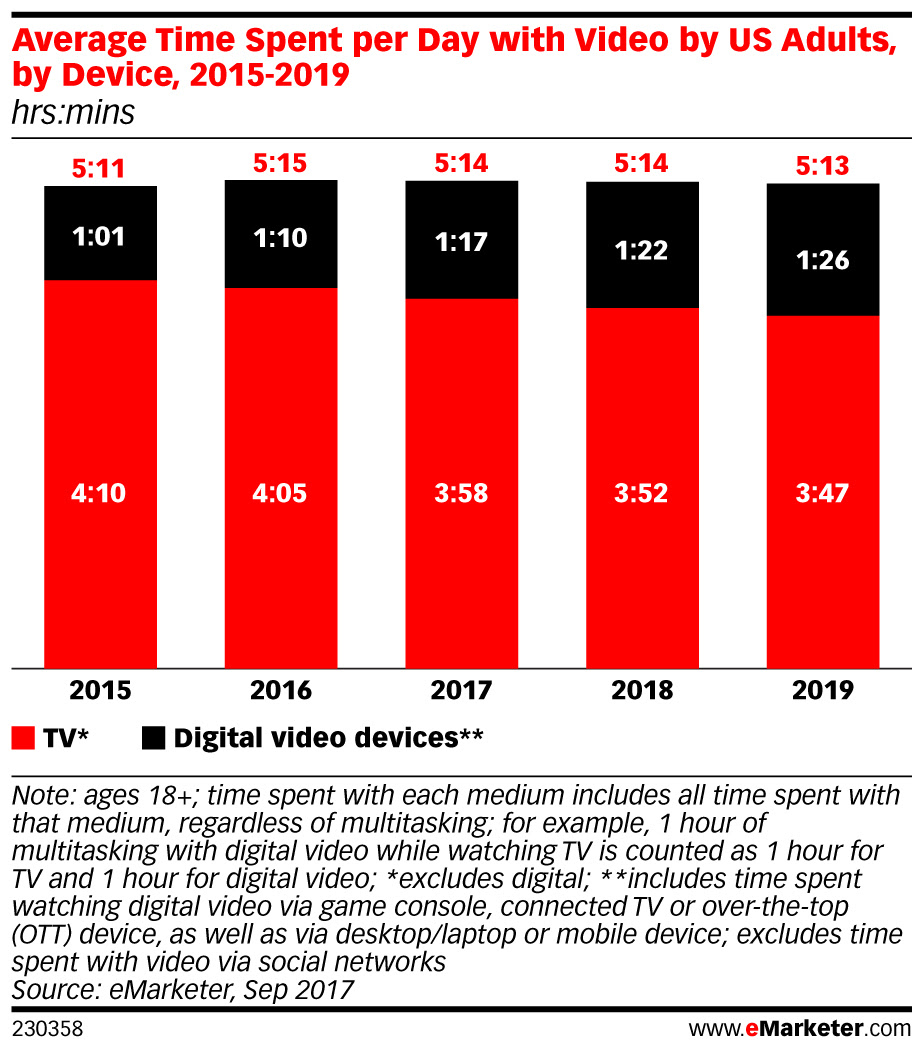 While TV ad spending will continue to grow over the next several years, eMarketer believes that TV’s share of total media ad spending will drop to just over a third (34.9%) this year, with that share dropping below 30% by 2021.

The culprit of course is the fact that consumers are shifting their attention to over-the-top (OTT) digital video platforms in place of pay-TV options. eMarketer has increased its estimates for cord-cutters substantially for 2017 through 2021, predicting that the number of cord-cutters will nearly equal the number of people who never had pay-TV in the first place (cord-nevers) by the end of the forecast period.

Older viewers are keeping TV alive, the firm said: the number of US TV viewers 55 and over will continue to rise, while it continues to fall for every other age group.

“The acceleration of cord-cutting is the result of several factors,” said eMarketer principal analyst Paul Verna. “First, traditional pay-TV operators are increasingly developing streaming platforms, such as Dish Network’s SlingTV. Second, networks such as HBO and ESPN have launched standalone subscription services that allow users to tap those channels without a cable subscription. And third, digital players like Hulu and YouTube are now delivering live TV channels over the internet at reasonable prices — including sports properties that were previously available only through traditional distribution.”

At the same time, US adults are spending less time in front of the TV. In 2017, the average time spent watching TV (excluding digital) among US adults will drop 3.1% to three hours and 58 minutes, the first time it has dropped below four hours a day.