Online content piracy rife in Singapore | Security | News | Rapid TV News
By continuing to use this site you consent to the use of cookies on your device as described in our privacy policy unless you have disabled them. You can change your cookie settings at any time but parts of our site will not function correctly without them. [Close]

Singaporeans are among the highest consumers of pirated online content in the world, according to a study from Sycamore. 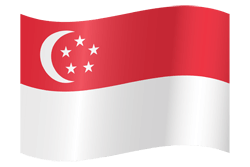 The study combined qualitative and quantitative methodologies, including a survey of 1,000 respondents in Singapore, plus a further 300 users of illicit streaming devices, to better understand behaviour.

It found that almost half the population admit to having engaged in online piracy, with 39% stating they currently illegally stream or download movies, TV shows or live sports channels,

Some 14% of Singaporeans admitted to currently using an illicit streaming device (such as a set-top box), despite 74% of active pirates acknowledging that accessing pirated content puts them at greater risk of getting viruses, spyware and other malware.

Yet despite their activities, the majority (68%) of Singaporeans recognise that pirating movies, TV shows or sporting events is theft. A third of those surveyed agreed that blocking sites which profit from pirated content would be the most effective means of reducing online piracy.

Researchers also found the risk of malware was the primary reason for a change in behaviour for 40% of those who said they had stopped pirating. The second most popular reason, cited by 37%, was the availability of more legal options.

“The implications of these results are significant”, said John Medeiros, chief policy officer of regional industry body CASBAA. “Admitted usage of TV boxes which provide illegal access to TV series, movies and live sports events is much greater in Singapore than in other developed markets, such as the US and the UK. While these numbers are already concerning, they rely on the candour of respondents and undoubtedly underestimate the true scale of the problem.”

The study revealed that nearly three-quarters of the population consider piracy to be normal behaviour.

“The notion that piracy is something that everybody does nowadays turns it into a socially acceptable behaviour,” added Sycamore research director, Anna Meadows. “Numerous studies have shown that what we perceive others to be doing has a far stronger influence on our behaviour than what we know we ‘ought’ to do. People know that they shouldn’t really pirate, but they continue to do so because they believe those around them do as well. Interestingly, even among active pirates, almost a third agree that authorities should be able to take more action to deter piracy.”