BBC makes debut in Laos | Deals | News | Rapid TV News
By continuing to use this site you consent to the use of cookies on your device as described in our privacy policy unless you have disabled them. You can change your cookie settings at any time but parts of our site will not function correctly without them. [Close]

The Laosat DTH pay-TV platform is bringing BBC news, factual and children’s channels to viewers in Laos, following a deal with the British broadcaster. 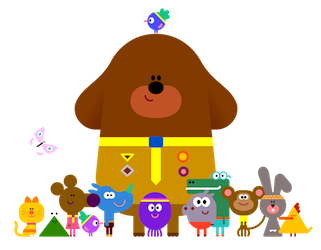 The deal will see BBC World News, along with natural history channel BBC Earth and pre-school channel CBeebies, made available across all 17 provinces and the capital municipality Vientiane via the Laosat broadcasting platform.

Content will also include the new Sir David Attenborough-narrated series Blue Planet II, about our underwater worlds, the second series of extreme fishing show Fishing Impossible, and series five of Life Below Zero which follows the lives of six people in remote Alaska.

CBeebies, aimed at children aged six and below, will introduce the award-winning animated characters from shows Hey Duggee (pictured) and Sarah & Duck.

“The pay-TV market is set for high growth in the next few years. With our partnership with Laosat DTH, we are very pleased to be part of that growth, bringing our genre- defining content to viewers there,” said Myleeta Aga, SVP, South and South East Asia, BBC Worldwide.

“There is a strong demand for BBC content in Laos,” remarked Ding Yongbing, general manager of Laosat. “We are confident that with the addition of BBC World News, BBC Earth and CBeebies to our line-up, we are now able to deliver the best British and international content to our viewers here.”