Online video, social media driving global ad growth | Ad Tech | News | Rapid TV News
By continuing to use this site you consent to the use of cookies on your device as described in our privacy policy unless you have disabled them. You can change your cookie settings at any time but parts of our site will not function correctly without them. [Close]

Social media in-feed ads, online video and other digital formats such as paid content and native advertising are leading the growth in global advertising, according to Zenith’s new Advertising Expenditure Forecast. 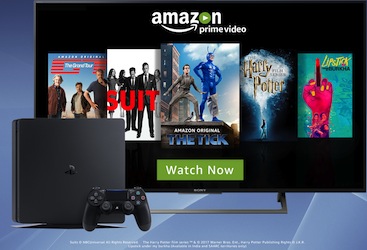 The research found that between 2016 and 2019, the digital formats will drive 14% annual growth in total display advertising – a category that includes these formats as well as traditional banners. Total display expenditure will rise from US$84 billion to US$126 billion over this period, accounting for 64% of all the growth in global ad expenditure. Zenith calculates that by 2019 total display will account for 50.4% of Internet advertising expenditure, exceeding 50% for the first time.

For the UK, Zenith forecasts total display to grow by 5% a year to 2019, when it will account for 37% of Internet advertising expenditure. The survey found that UK consumers were very heavy users of e-commerce, which has encouraged advertisers to spend more on classified and search advertising than in most other markets, so the display share of the market is unusually low.

Most of this growth was derived from social media, which is set to grow at 20% a year, and online video (21%). Zenith regards online video as much better at conveying brand values than traditional display formats like banners. Indeed it regards these as no longer mutually exclusive categories and sees video advertising as now being central to the growth strategies of most social media platforms.

Zenith also stressed that any analysis of video-based advertising should distinguish between television and online video advertising because they are distributed differently, generally sold differently and categorised differently by third-party agencies that monitor advertising expenditure. However, it does note that for many consumers they are beginning to blur together as smart TVs and other devices deliver Internet content to households’ main TV sets. As a consumer, Zenith believes that advertisers are also finding that it makes less and less sense to plan television and online video separately, and regard them as working best as complements rather than substitutes.

After stripping out classified and search – which Zenith sees as essentially direct-response channels – television and online video accounted for 48.5% of expenditure on brand advertising in 2016, up from 43.7% in 2010. The report forecasts their market share to rise to 49.3% in 2019. Overall Zenith forecasts that global advertising expenditure will grow 4% to US$558bn by the end of 2017. This is down fractionally from the forecast of 4.2% that it made in June 2017.

“Internet display is coming into its own as a brand-building media, powered by social media and online video,” said Jonathan Barnard, head of forecasting and director of global intelligence at Zenith. “But the distinctions between online video and traditional television are being eroded, and the two work together much better than they do separately.”