European connected TV advertising market set to grow by 26% | Ad Tech | News | Rapid TV News
By continuing to use this site you consent to the use of cookies on your device as described in our privacy policy unless you have disabled them. You can change your cookie settings at any time but parts of our site will not function correctly without them. [Close]

As the over-the-top (OTT) advertising landscape grows across Europe, the US and Asia, connected television advertising in the UK is expected to grow to £220 million in 2020 according to research from SpotX. 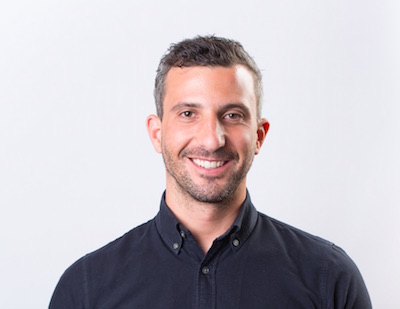 Conducted by research and strategy consulting firm MTM, the study analysed factors such as advertiser demand for connected television, consumer viewing habits and internet access and availability. It found that £115 million worth of advertising was viewed on a TV connected to the open internet via streaming devices, smart TVs, games consoles and set-top boxes in 2016.

The UK was found to be the largest and most advanced market in Europe with an established connected TV advertising ecosystem. The research predicted that in 2020 three-quarters of UK households will connect their TVs to the internet, up from two-thirds in 2016, according to stats from regulator Ofcom. In addition, the data showed that 91% of households have fixed broadband connections, the same percentage of which offer speeds of over 4Mbps, which is deemed to be more than suitable for watching TV delivered over the internet. Awareness and adoption of connected TV was high and creating connected television apps was marked as one of the top three priorities for the broadcasters questioned for the research in the UK and if challenges such as a common currency for audience measurement are met the industry could grow faster.

However, growth in the UK is slower than the other countries surveyed by MTM London where nascent markets are fast building connected TV ecosystems. The research forecast growth in excess of 100% on continental Europe between 2016 and 2020 supported with improving broadband penetration and speeds. Germany was revealed as the second largest market for connected TV advertising, followed by France.

Commenting on the findings Leon Siotis, managing director for the UK and Southern Europe at SpotX (pictured left) said: “We see increasing demand from advertisers seeking advertising in a big screen environment served and measured using digital techniques, with some agencies creating new business units to focus on the opportunity. Media owners and broadcasters such as ITV, STV and TVPlayer are generating additional revenue streams this way, addressing agency requirements to target viewers of premium programmes at scale. We have seen significant growth across Europe and expect this to grow rapidly over the next few years as more agencies and advertisers benefit from advertising on connected TVs, as part of the growing OTT landscape.”

Added MTM associate director Nick Thomas: “The UK is the most mature market in Europe for connected TV advertising. Over the past 10 years, services such as the BBC’s iPlayer have driven consumer awareness and adoption of on-demand video services and broadband penetration and speeds are high, delivering high-quality viewing experience in most homes. Commercial broadcasters have responded with a wide range of well-designed OTT apps creating a robust streaming ecosystem for live and on-demand streamed television that continues to grow.”