Mozambique sites digital TV migration completion as priority | Broadcast | News | Rapid TV News
By continuing to use this site you consent to the use of cookies on your device as described in our privacy policy unless you have disabled them. You can change your cookie settings at any time but parts of our site will not function correctly without them. [Close]

The conclusion of Mozambique’s migration to digital terrestrial television (DTT) and the expansion of the African country’s mobile network have been earmarked as priorities by the Government. 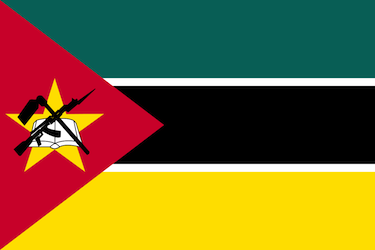 During a recent MTC-convened co-ordinating council meeting in Gaza Province, Mozambique’s Minister of Transport and Communications, Carlos Fortes Mesquita, said both would be key projects in the remainder of 2017.

“We need to reflect deeply on our performance and outline the roadmap to achieve the noble objectives set out in the Government’s Five Year Programme 2015-2019 and the 2017 Economic and Social Plan. We must remember that we have only four months left, and much more has yet to be done to have a direct impact on the established macro-economic and social indicators, which are going to be indicators of economic and GDP growth,” said Mesquita.

He added that “cadres” will be appointed to bring “competence, professionalism, dynamism”, to deliver the telecommunications and broadcast projects under Mozambique’s 2017 Economic and Social Plan, which has set a GDP growth target of 5.5%.

Mozambique was placed 127th out of 138 countries for its technological readiness in the World Economic Forum’s Global Competitiveness Index 2016-17, despite its partial deployment of DTT.