No stopping North America SVOD market | VOD | News | Rapid TV News
By continuing to use this site you consent to the use of cookies on your device as described in our privacy policy unless you have disabled them. You can change your cookie settings at any time but parts of our site will not function correctly without them. [Close]

Even though it is by far the most mature market of its kind, there is plenty of growth left in the North American subscription video on-demand (SVOD) market, according to a report from Digital TV Research. 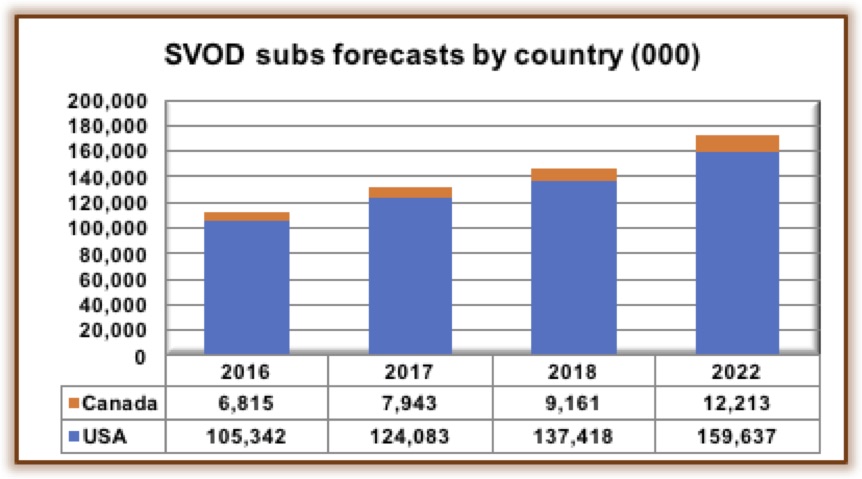 Digital TV Research says that while SVOD penetration growth of TV households will slow considerably, SVOD homes will buy more services. “It is important to stress that these figures are gross – many homes take more than one SVOD platform, especially in the US,” said Simon Murray, principal analyst at Digital TV Research and author of the North America OTT TV & Video Forecasts report. “That explains why we forecast 132% SVOD penetration of US TV households by 2022.”
Tweet