Live TV OTT: a bellwether | Media Investment | Business | News | Rapid TV News
By continuing to use this site you consent to the use of cookies on your device as described in our privacy policy unless you have disabled them. You can change your cookie settings at any time but parts of our site will not function correctly without them. [Close]

The advent of live TV services delivered over-the-top (OTT) — like DirecTV Now, Sling TV, PlayStation Vue and Hulu Live — is a bellwether moment for the pay-TV industry, according to Gfk analyst David Tice. 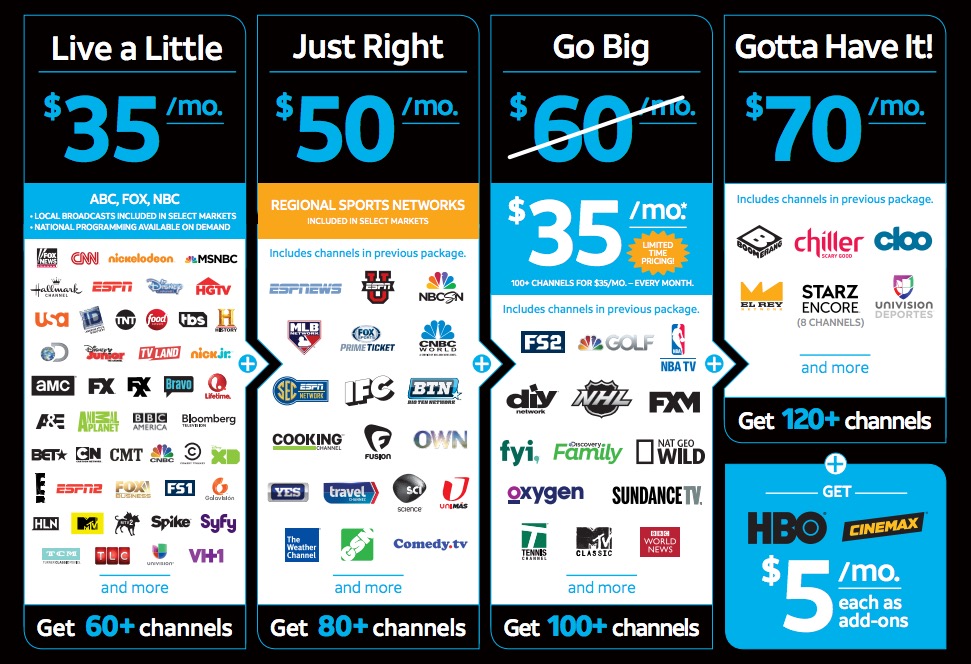 “The potential of this new OTT wrinkle is huge,” he said. “Delivering live programming and events as they happen has been a key differentiator for traditional pay-TV services as they try to fend off streaming service providers. Now, services like DirecTV Now, Sling TV, and PlayStation Vue can begin to offer competing live programming – the opening of a potential floodgate in video media.”

Gfk stats show that 3% of TV homes in the US subscribe to DirecTV Now, Sling or Vue. A small minority – just one in six – of these homes were ‘uncorded’ before subscribing to their vMVPD service. Half had cancelled their regular pay-TV service. And almost a third report they also have a regular pay-TV service. All report having a TV set and almost all say they stream to a TV set in some manner. Thus the vMVPD home is far from the cord-cutting, TV-less home some may have expected.

“However, if one counts vMVPD homes in the same bucket as pay-TV – something on which there was not a consensus – then the pay-TV home decrease is offset, and its level holds relatively steady compared with last year. This is a definite silver lining in these difficult days for cable networks, if not their traditional MVPD partners,” Tice said.

He also predicted that while vMVPDs will certainly be of interest to a sizable viewer niche, expansion outside the obvious cord-cutters/cord-never targets will require a high level of consumer satisfaction and the ability to deliver desired content.

“People may have many complaints about their interactions with their cable providers and their costs, the actual delivery of television to the home by pay-TV tends to be very reliable – which can’t always be said for video streaming,” he said. “We also see many local TV markets are still unserved by the new live TV streaming from broadcast networks because of affiliate agreements – the network O&Os are available, but availability outside of those markets is still sparse .... But these are still early days, and several more years will likely be needed to accurately assess the long-term traction of vMVPD-type services.”