HBO Latino preps showcase for reggaetón legend J Balvin | Programming | News | Rapid TV News
By continuing to use this site you consent to the use of cookies on your device as described in our privacy policy unless you have disabled them. You can change your cookie settings at any time but parts of our site will not function correctly without them. [Close]

Multiple Latin Grammy winner J Balvin will bring the energía when his filmed live concert J Balvin: Bruutal premieres on HBO Latino in the US. 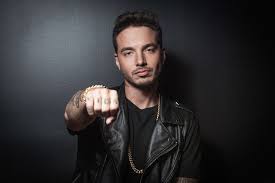 Scheduled for 8 September, the anniversary show will take place in Balvin’s hometown of Medellín, Colombia, and features 17 of today’s most popular Latino artists, including Nicky Jam, Yandel, Farruko, Zion y Lennox, Jowell y Randy among others. It will also feature reggaeton legends to take the audience through a musical journey of the singer’s earliest songs and biggest hits, culminating with his most recent, multi-platinum album.

The concert will also be available on HBO On Demand, HBO GO, HBO NOW and affiliate portals.

“J Balvin’s energising reggaeton style is a vibrant addition to the concerts debuting on HBO Latino this summer,” said Jackie Gagne, vice-president of multicultural marketing at HBO. “We are excited to bring to the HBO Latino Concert family an artist that is erasing language barriers and connecting the world through his music. This concert transports audiences to J Balvin’s hometown and really gives an intimate and captivating look at his music and his inspiration.”