APAC to offer growing opportunity to broadcast equipment manufacturers | Media Analysis | Business | News | Rapid TV News
By continuing to use this site you consent to the use of cookies on your device as described in our privacy policy unless you have disabled them. You can change your cookie settings at any time but parts of our site will not function correctly without them. [Close]

The Asia Pacific (APAC) region is set to become the largest growing territory for the broadcast equipment industry over the next six years, which is expected to reap US$5.82 billion globally by 2023. 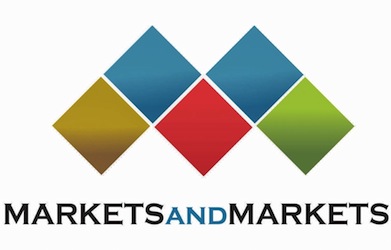 Spurred by the rise of digital broadcasting, the global equipment market is expected to achieve a CAGR of 4.87% between 2017 and 2023, from $4.38 billion in 2017, according to research by MarketsandMarkets.

“The rising demand for ultra high definition (UHD) content production and transmission, radical shift of products from hardware oriented to software and open architecture based, and increasing direct to consumer (D2C) offerings through over-the-top (OTT) services and multi-channel networks in developed economies are some of the factors driving the growth of the broadcast equipment market,” the study said.

Of all broadcast equipment – including dish antennas, amplifiers, switchers, encoders, video servers, transmitters and repeaters, modulators, and others – the market for video servers is forecast to grow at the highest rate between 2017 and 2023.

Increased use of video servers to store and play out multiple video streams will drive the growth of the broadcast equipment sector worldwide, with North America remaining the largest overall market, with Europe also providing a significant market.

“In broadcasting, servers act as hosts and are used to deliver various contents or videos. These servers are used to store and play out multiple video streams without degrading the video signals. Broadcast video servers often store hundreds of hours of compressed audio and video (in different codecs), play out multiple and synchronised simultaneous streams of videos, and also ensure quality interfaces such as SDI for digital video and XLR for balanced analogue audio, and AES/EBU digital audio,” the study added.

A rise in cable and satellite television channels and increased penetration of Internet services continues to stimulate the broadcast equipment market in North America, served by major players such as US giant Cisco Systems, Sweden’s Ericsson, Harmonic of the US, and Canada’s Evertz Microsystems and Grass Valley.

Cultural diversity in the US and Canada has also led to an increase in the number of TV channels, which, in turn, has boosted the demand for broadcast equipment, said MarketsandMarkets.